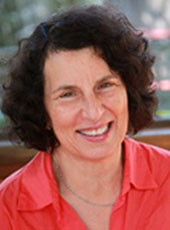 Saying their concerns had been heard and citing the need for revisions, citizens announced on Monday morning that they wanted to withdraw the The Area IV Neighborhood Preservation Petition — and would stop fighting for passage in its current form.

Also known as the Yanow Petition after organizer (and first signer) Susan Yanow, of Norfolk Street, the 38-person petition appeared in July during controversy over a proposal to rezone an area near Central Square and let developer Forest City build a 246,716-square-foot office and lab space building up to 95 feet high at 300 Massachusetts Ave. for use by the Millennium biotech company.

The residents said they feared “unbridled development” and wanted to step back zoning in four areas around Central Square and Area IV; to create a “municipal parking district” to preserve parking for shoppers, maintain parking lots as a buffer between homes and heavy business uses “and preserve space in these lots for farmers markets, community dance events and existing art installations.”

There were Oct. 3 Planning Board and Oct. 4 Ordinance Committee hearings on the petition, and an e-mail Yanow sent Monday said those hearings “resulted in passionate, thoughtful and constructive comments from proponents and opponents,” giving her and other supporters a comfort level that allowed them to withdraw.

“Comments from members of the Planning Board and community representatives to the Central Square Advisory Committee process convince the supporters of the petition that our concerns have been heard and will be considered as part of overall Central Square planning,” Yanow said in the e-mail. “We look to those representatives and to our elected officials to ensure that the core goal of the petition — to protect and stabilize the residential neighborhoods abutting Central Square, particularly Area IV — will be taken seriously and integrated into the Central Square planning process in a constructive way.”

Petitioners sought to highlight the concerns of long-time residents of Area IV who felt that the planning process was focused on large commercial development and market-rate housing. There had seemed to be minimal attention to neighborhood preservation and support of diverse and low-income communities bordering Central Square. The petition’s main thrust was to introduce a buffer zone between the commercial development along Massachusetts Avenue and the low-rise residential neighborhoods from Bishop Allen Drive north. The Petition calls for a lower building height on Massachusetts Avenue to prevent Massachusetts Avenue from becoming like Tech Square or Kendall Square. The Petition also aims to keep the municipal parking lots as open space for farmer’s markets, mural-viewing, cultural and other public uses.

Still, she said, “members of the Planning Board and Ordinance Committee expressed concern that their ability to respond responsibly to the petition would be conditional on receiving the report of the Central Square Advisory Committee. In addition, there was considerable confusion as to whether the municipal parking lots section of the petition was focused on protecting parking per se rather than open space and open sky. This section of the petition needs to be revised to clarify its intent to preserve municipal open space.”

As a result, she said, “we withdraw the Area IV Preservation Petition at this time.”