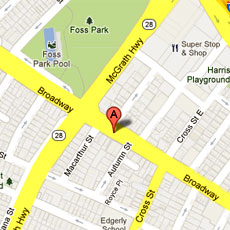 At about 11:30 p.m. Sunday, police were called to 196 Broadway for reports of a shooting, finding a 28-year-old man with a gunshot wound to the neck. He was taken to Massachusetts General Hospital with life-threatening injuries and remains in critical condition. There had been no update on his condition by the evening.

Santano Dessin, 33, of Somerville, was arrested and charged with armed assault with intent to murder, assault and battery causing serious bodily injury and discharging a firearm within 500 feet of a dwelling. He was staying with his family, who own the building and live on the second floor, and shot a downstairs tenant after a confrontation over the tenants’ party, wrote Auditi Guha in The Somerville Journal. Dessin’s family says the shooting was in self-defense.

Dessin will be arraigned Tuesday in Somerville District Court.

State Police assigned to the Middlesex District Attorney’s Office and Somerville Police launched an immediate investigation, which is ongoing.

These charges are allegations and the defendant is presumed innocent until proven guilty, Leone said.

This post was written from a press release. It was updated Nov. 13, 2012, with information from The Somerville Journal.