On eve of the apocalypse, Oberon hosts ‘show to end all shows’ 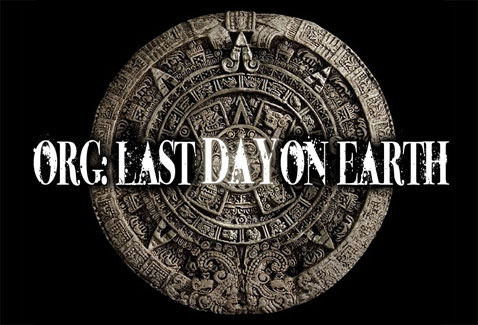 On eve of the apocalypse, Oberon hosts ‘show to end all shows’

Thursday’s acts at Oberon will be performing like it’s their last time on stage, and it might be. With hysteria over the end of the Mayan calendar (and subsequent predictions of apocalypse) in mind, Mali Sastri – this time with the help of Edrie, of Walter Sickert & the Army of Toys, and writer, poet and performer Jade Sylvan – has put together an “Org” event called “Last Day on Earth.”

The dozen-plus bands, dancers, filmmakers and spoken-word artists will take the stage with material riffing on the end of the world, the organizers said, “and perform like it’s their very last show. And if the world doesn’t end at midnight? You’ll spend an otherwise unremarkable Thursday night among some of Boston’s finest performance-art makers.”

The event starts at 9 p.m. Thursday and ends at midnight (“Like the world!” the organizers observe) at Oberon, 2 Arrow St., Harvard Square. Tickets are $25 for seats or $20 standing (or $20 and $15, respectively). People under 18 must be accompanied by parent or guardian.