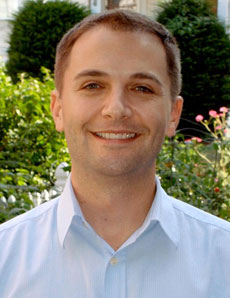 Democratic State Rep. Carl Sciortino hopes to move from the 34th Middlesex District to the 5th Congressional District, replacing Congressman Ed Markey if he replaces John Kerry, who himself just went from U.S. senator to Secretary of State.

“I am proud to call Ed Markey my Congressman and I am dedicated to helping elect him as our next U.S. senator,” Sciortino said. “I am running to continue the strong progressive leadership that the families of the 5th District have always counted on. I look forward to bringing my record of accomplishment to Washington to fight for our progressive values.”

There’s also a Republican declared in the race for the 5th: Frank John Addivinola Jr., 52, of Boston, who teaches law and life sciences at local colleges, has a private law practice and manages a real estate investment fund.

Sciortino, a Medford resident and graduate of Tufts University, was first elected in 2004 at age 25, beating 16-year incumbent Vincent Ciampa. As one of the state’s seven openly gay legislators, Sciortino has championed the fight for marriage equality and co-wrote the state’s 2011 Transgender Equal Rights Bill. In addition, he co-wrote a 2007 bill creating 35-foot buffer zones protecting the entrances to women’s reproductive health centers. He said he has also led the fight to close corporate tax loopholes and make the state’s minimum wage the highest in the nation.

He added Markey’s focus on jobs, consumer rights and a healthier as other aspects of “the kind of leadership Massachusetts needs in the Senate, and it is a record I look forward to continuing in Congress.”

The 34th Middlesex District includes parts of Medford and Somerville.

Sciortino has campaign information at carlforcongress.com.

This story used significant amounts of material from a press release.