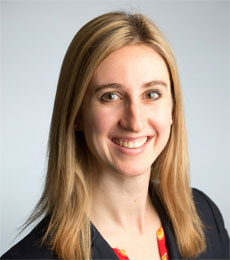 Kristen von Hoffmann announced her candidacy for City Council on Sunday, joining what looks to be a crowded field competing for seats Nov. 5.

“I look forward to spending this year listening to the residents of Cambridge, engaging in conversations that explore our values and using our skills and experience together to improve the well-being of our city,” von Hoffmann said in a press release.

Von Hoffmann is a Yale graduate pursuing a master’s degree in finance at the New England College of Business and Finance. She taught fifth grade for three years in the area and founded a 501(c)3 nonprofit called Greenfox Schools to teach environmental science and math curriculums in Cambridge Public Schools. She was hired in 2010 to be the first sustainability manager for the district and continues in that role.

Initiatives launched by her office saved the school district $300,000 in less than two years, she said, and she plans to bring her experience in sustainable practices, financial savings and education to the municipal government.

There are nine seats on the council, and only one that is certain to be open in November: that of Marjorie Decker, who is also state representative for the 25th Middlesex District. Several people have said they are running for council, though, including Michael “No Money” Connolly, who ran last year in the 26th Middlesex District race for the state House of Representatives; Tom Stohlman, an architect active in city politics; Logan Leslie, a veteran of the U.S. Army Special Forces and Harvard University student; and Luis Vasquez, a nonprofit worker and blogger for the Cambridge Chronicle.

Residents have typically until the end of July to file nomination papers for their candidacy.