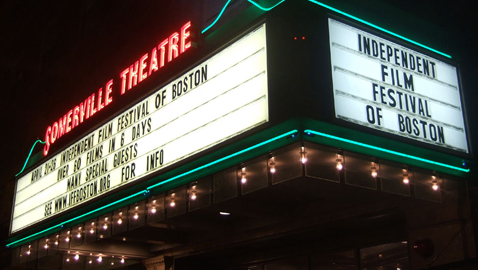 The Independent Film Festival Boston sails into its second decade already the area’s premier film event – the closest thing this city has had to a world-class film fest like Sundance, Cannes or Toronto.

Every spring, 20,000 attendees line up around the block in Davis Square to see documentaries, shorts and independent and foreign language features long before they get their commercial first run. Part of the ingrained joy of the IFFB is waiting in line and striking up a conversation with the fellow film fanatic next to you. It’s organic and an imbedded part of the milieu. Adding to the scene are festival-sponsored parties and post-screening bashes held by filmmakers and their sponsors.

Perhaps the most amazing thing about the IFFB, given its scope as such an all-encompassing filmgoing experience that churns night and day for a week, is that it’s run by an entirely volunteer staff. (If you go, show them some love and support, because they’re there supporting you.)

The festival begins Wednesday and runs through the April 30. Most films are screened at the Somerville Theatre, though other independent venues around Boston – including the Brattle Theatre and the Revere Hotel’s Theater 1 – are on the docket. Many filmmakers will be in attendance to talk about their films and interact with the audience, and Casey Affleck, the festival’s newly minted creative adviser, will be there to help kick things off.

Most of the movie houses sell beer and wine and are T accessible. Check the IFFB website for a detailed schedule, tickets and updates.

“Much Ado About Nothing”
As unlikely as it sounds, Joss Whedon (“Buffy the Vampire Slayer,” “The Avengers” and “The Cabin in the Woods”) tackles the bard. Kenneth Branagh’s all-star 1993 version never reached its lofty expectations; can the sci-fi, “Firefly” expertise of Whedon make Shakespeare’s rumpus romp shine differently on the big screen?

“The Defector: Escape from North Korea”
Ann Shin’s documentary about skipping out of the most locked-down country in the word should be eye-opening and bring a little more insight to the isolationist country and its enigmatic and l’enfant truly terrible leader. 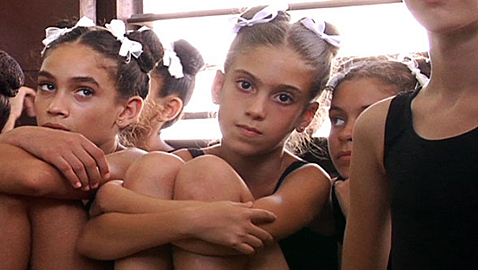 “The Dirties”
Matt Johnson’s lo-fi drama has two bullied nebbishes getting even with their tormentors by making a film about their demise. Cinematic justice or nerd catharsis?

“Some Girl(s)”
A writer (Adam Brody) about to get married sets out to reconnect with all his exes (Zoe Kazan, Emily Watson and Kristen Bell). If it sounds a little Woody Allen-eque, it’s based on a Neil LaBute (Your Friends and Neighbors) play. Daisy von Scherler Mayer (“The Guru”) directs.

“Downloaded”
Alex Winter (of “Bill and Ted’s Excellent Adventure”) assembles a documentary about download culture, the computer-savvy youth that perpetuated it and its impact on industry (music) and society (hello Facebook and Going Social, sorry MySpace).

“Frances Ha”
“The Squid and the Whale” director Noah Baumbach and actor Greta Gerwig team up for a comic exploration of New York City and urban culture through Gerwig’s titular alter ego (she and Baumbach co-wrote it), an understudy at a ballet company with arguable skills and an arcane past.

“The Hunt”
A school teacher (Mads Mikkelsen) fights for custody of his child and gets accused of molesting a girl at a school. Dane Thomas Vinterberg (“The Celebration”) directs.

“Suitcase of Love and Shame”
A suitcase filled with reel-to-reel tapes from the 1960s, acquired and examined and played, reveals the details of an adulterous affair in this semi-documentary.

Others to consider:
“The East”; “Our Nixon”; “Night Labor”; “Wasteland”; “Taken by Storm: The Art of Storm Thorgerson and Hipgnosis”; and “Tiny: A Story about Living Small.”

Shorts
If you have the chance go see a shorts package, be it features, animation or documentaries, do it. You will be happy you did. I sneak one every year. The vignettes are well-crafted labors of love that will surprise and resonate with you long after the festival wraps.

Also be sure not to miss the panels, including “The Art of Documentary Editing: Case Studies,” which, even though free, sold out last year.