Developer hands over park with a party 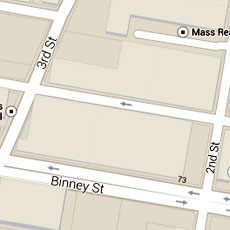 Developer hands over park with a party

While the fence around Cambridge’s newest park came down July 11, today is the official unveiling of the two acres on Rogers Street, between Second and Third streets in East Cambridge – the result of a 2008 deal between the city and Alexandria Real Estate Equities.

“Alexandria doesn’t want to just hand us the keys, so to speak,” said officials at the East Cambridge Business Association. “They want to celebrate along with us.”

The rezoning deal let Alexandria build its lab and office space tall and dense on a 15-acre campus along Binney Street. The park that’s resulted hosts the party, which runs from 4 to 6 p.m. with food, drinks and entertainment. The association promised its members would “be there with the traveling popcorn machine you all love.”

Alexandria had been asking for RSVPs via email at [email protected].