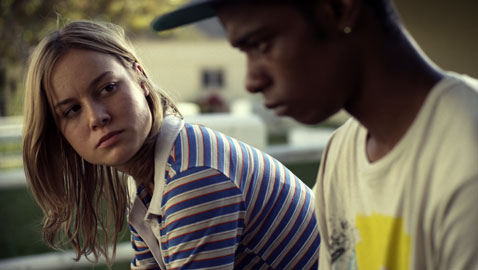 Not so long ago, for about two or three years I taught creative writing to girls and young women who were wards of the state at the Germaine Lawrence School in Arlington. These were women who had had lived hard lives, suffering drug addiction, rape, multiple pregnancies by the age of 16 and abuse. A friend of mine who worked at the school and knew I wrote had grants and was looking for artists to help the girls shape their stories and find their inner voice. I was apprehensive at first, but agreed to do so and found it one of the most rewarding and eye-opening experiences of my life. I’m certain the girls did more for me than I did for them. 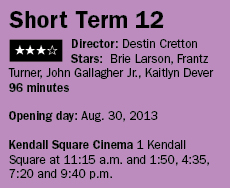 But there would be times when a girl would not show up for class, and when I would ask why, I was told routinely it was because they had gone “on the run” and was likely using or worse. There were also times one would have a fit during our sessions and need to be restrained by the ready staff members in the room. It was violent and shocking to me. The girls were raw, sweet and tough, yet highly vulnerable. “Fragile fierceness” is what I called it.

I tell you all this because in watching Destin Cretton’s consuming “Short Term 12,” a character study about the youth in a temporary home for troubled teens and the adults who run it, I kept having flashbacks to my time at Germaine Lawrence – deeply emotional, affecting ones. Cretton, a young and promising director, actually worked in such a home, and he gets the experience down right – and viscerally too, even if you were never aware such places existed or what they are like.

The sweet barb to the film is that two of the young adults who work at the facility (Brie Larson and John Gallagher Jr.) used to be in such a home themselves. The pair, Grace and Mason, are also in an uneasy relationship, but on the job, they’re composed and in charge – so much so it seems like much, after being in such a home, must have changed and gone right for them. But soon enough we get glimpses into their not-too-distant pasts, mostly Grace’s, and the reality is not so pretty.

Not only do they have their own demons to contend with, but those of the kids, and they possess insight beyond any graduate degree hanging on a wall. In one telling scene, Grace tells the resident therapist that one girl is being/has been abused by her father, because she “knows.” Going by the book, the therapist disregards what he considers conjecture. The ramifications are profound.

Much of the film grows like that: small moments laced with tension and consequence. Larson brings a gritty intensity to Grace that makes her full-bodied and real. She’s a survivor and a caregiver. She and Mason do their jobs clinically, but underneath it all you can feel the emotion raging.

That’s not to say the movie is a downer. There are many small quiet victories, but nothing overwrought, and it’s intriguing to watch how the adolescents at the home play off each other. Like the caregivers, as a viewer it becomes more than just a job, and you start to care for these kids, root for them and hope for a better day for them.

It’s a spellbinding realism Cretton had tapped into. I can’t imagine there’s a human being out there that can’t be moved in some way by “Short Term 12” and, if enough people get out and see it, the film, Cretton and Larson may be hearing their names called in January.