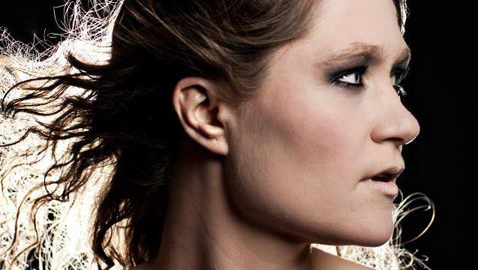 So we keep getting hair metal, but trip hop was confined to the 1990s? If you’re the kind of person who sees the injustice in that, make your way to The Middle East Down on Saturday, where musician and producer Anomie Belle performs with Bluetech and Ott. (You could say that Ott is doing for dub what Anomie Belle is doing for trip hop, although her sultry lounge act allows for mixing with straight hip hop – note her awesome collaboration with Mr. Lif on “Machine” and neo soul.)

This is not a nostalgia tour – Anomie Belle’s music is on the zeitgeisty soundtracks for “United States of Tara,” “Jersey Shore” and the Xbox game “Alan Wake” in addition to films such as the Catherine Hardwicke thriller “Plush” (coming to theaters next month) and an upcoming television show called “Untethered.” Her training in classical violin and work on a doctorate in art, media and sociology has made her a master of cinematic mood that goes well with her genre’s languorous drama.

“The commercialization of art has always given me pause,” she told Stereo Subversion of her studies, but that hasn’t stopped her from being great at what she does.

“I realized that analyzing something just wasn’t the same as getting to do it, and that’s really where my heart lies,” she said. “Over the years, my background as classical musician has melded more and more with my work as a songwriter and producer. A few years ago, I started composing music for films, and it was a perfect fit. I love writing music that bridges genres through film scoring.”

But fans of the neglected genre will appreciate why that is: “Music can be a powerful avenue for uncovering parts of human experience that we don’t often express on the surface,” said Anomie Belle, born with the somewhat less dramatic name Toby Campbell in Portland, Wash. “The dark and sinister, the spiritual and the sexual, these often hidden parts of our shared experience.”