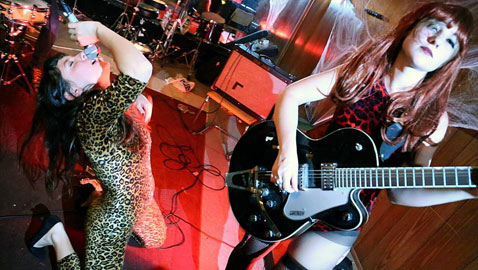 The amazing Boston Hassle Fest V is upon us – amazing because this two-day event includes 42 bands from around the country playing a range of styles. Produced by the Boston Hassle and its DIY-style Boston Compass, a paper growing swiftly in the gap left by the closing of the Boston Phoenix in March, it squeaks in at just two fewer bands than the New England Underground Music Festival the organization put on last month.

While bands have come from as far as California to perform, about half the band are from Massachusetts, including Cave Bear, which launches the show at 4:50 p.m. today. The full lineup and schedule is here.

In the words of the Hassle:

An unholy horde of beastly acts from around the country will take the stage and blow minds (and eardrums) in rapid-fire succession of sweet, sweet music. While this year’s performers include a wide range of musical styles and performative approaches, one things unites them: They all push the boundaries of what music can be, and are never satisfied with playing it safe. They are, in a word, “experimental.”

This partially crowdsourced show (an Indiegogo campaign raised $5,721, just over the $5,400 goal, so the Hassle can pay every band that performs, among other expenses) takes place at the Massasoit Elks Lodge, 55 Bishop Allen Drive, Central Square, from 4 to 11 p.m. Friday and Saturday. Tickets are $15 to $20 on a sliding scale.

The Friday afterparty for those 21-plus goes from 11 p.m. to 2 a.m. at The Cantab Lounge, 738 Massachusetts Ave., Central Square, free with proof of attendance at the earlier part of the fest or $5 at the door. The Saturday afterparty has the same details except for location – it’s at Western Front, 343 Western Ave., in the Riverside neighborhood west of Central Square.