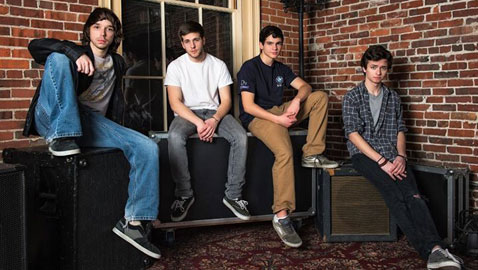 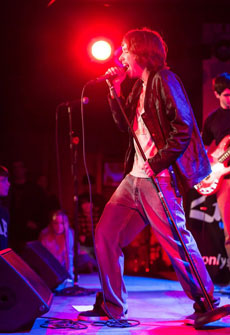 Listen to some Blackwell on iTunes and you’ll be blown away by the sheer musical muscle of this Holliston hard rock trio, especially that singer.

Fans of the North Cambridge Family Opera, though, might recognize that voice: Nate Burket, barely out of the robes of Persian King Ahashveros in “Springtime for Haman” singing “Like Iraq.”

He and two fellow high schoolers, Nate Adelman on guitar and Steve Snow on drums, are back in Cambridge at The Middle East, hitting the stage shortly after 1 p.m. Sunday and making the (short and loud) argument that rock is a young person’s game – even if the bands they’ve taken as role models include Iron Maiden, Led Zeppelin, Bad Company and Tool.

The band is solid musically and has the right swagger, but for Opera booster Heather Hoffman, Burket’s voice has even more to recommend it.

Tickets are $10 for the multi-band show (Blackwell plays first, the band said on Facebook) at The Middle East, 472-480 Massachusetts Ave., Central Square.