Fast-moving Melz shows in third mixtape he’s got plenty of places he can, should go 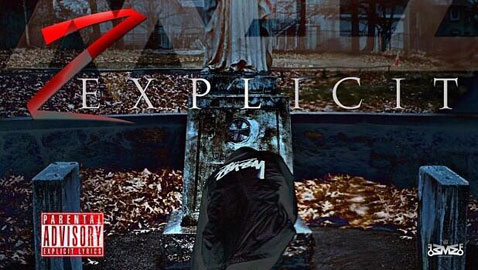 Fast-moving Melz shows in third mixtape he’s got plenty of places he can, should go

On the cusp of his 19th birthday, Melz – the Riverside rapper born Jahmel McClamy and graduated from Cambridge Rindge and Latin School – has released his third full-length mixtape, “2 Explicit.” (So-called because in day-to-day life “it isn’t acceptable to be too explicit, but through this project Melz can express his uncensored message, leaving no room for confusion,” he told Hip Hop New England.) 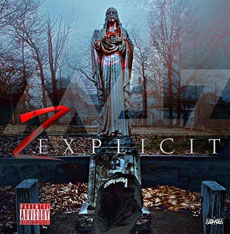 The 36-minute mixtape, its 12 tracks including production by Dubie, Kantor and 2213 Productions and appearances by Marquis Stacks, Lotus and Tarzan, was released Saturday through DatPiff. It was well past 10,000 downloads on the site by late Monday afternoon.

“Bang,” the track released as a single in July, appears at the end of the album, as though the fact it came out several months ago means Melz is pretty much done with it – he’s moved on. But it’s part of a strong, triple-play finish to the album with “Concrete Jungle” and “Gone,” and Melz’s Twitter stream has listeners calling out favorites that include “Rise” and the strong opening track, “Devil.”

In fact, a solid two-thirds of “2 Explicit” sounds great. (There are some weaker tracks in the middle, including “Work” and “Sinful” and some ventures into R&B and autotune that provide variety on an album that frankly might not have needed quite that much variety.) Melz isn’t just capable of dizzyingly fast rhymes, but of conducting what comes across as a comprehensive, street-level tour of his thoughts, life and environment. That takes skill. It’s just not an especially fun tour.

Aside from inveighing against material things “that trap your mind” in “Devil” and the optimistic message of “Interlude (No Ceilings),” the album as a portrait is depressing. For instance, ideally the term “home invasion” doesn’t appear in a song called “Anthem.”

The album starts with a call to those who think “the lord ain’t givin’ what you ask for” and before it’s wrapping up with “Concrete Jungle” and talking about becoming “the man of the house at 17” there’s plenty of paranoia about betrayal from friends and suspicion over why a girl is getting close.

The world Melz raps about won’t be recognizable to plenty of Cantabrigians, and plenty more won’t want to recognize it. On the most surface level, it’s a place where references to niggas, bitches and ho’s is still parlance; but what permeates the album even beneath those terms is that it’s a perilous place where an 18-year-old named Jahmel seems to be having absolutely no fun. As the video for “Beef” makes clear, some of this is gangsta pose. How much of what remains is just what it feels like to be 18? How much is an accurate portrayal of growing up in Riverside? Melz can be as explicit as he wants, but it doesn’t clear up the confusion about whether his life in The Coast is as grim and misogynist as it sounds, or if this is all just the idiom he’s absorbed from his rap elders that he’s reflecting back because it continues to be what a lot of rap sounds like.

As Baltimore’s Dirty Zar Krash tweeted Sunday to Melz after “2 Explicit” was released, “I see you claiming The Coast. What’s next, the nation or the world?”

At 18 or his soon to be 19 years old and with three accomplished mixtapes posted in just four years, Melz has time to do whatever he wants. The production and performance can be just as great behind lyrics that accomplish a little more, which is hinted at – so far as it’s possible to tell after more than a dozen listens – in “Interlude (No Ceilings).”

This callback to Lil Wayne’s message that the sky’s the limit has a proud and sly Melz vowing that “My niggas ain’t got no ceilings” and are going to “fuck with the white like Sarah Palin.” Unless misheard, that’s a great line, and it hints Melz really does have big places to go in addition to his neighborhood, as well as some other things worth saying explicitly.