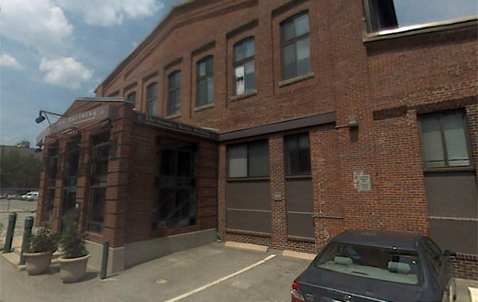 The Foundry building is due for another round of public input to decide how it will be used, but momentum is growing to spend up to $6 million in city money during that community process to get the building in shape no matter what it winds up being.

“My feeling is that we’re talking about a $6 million expenditure for the urgent [Americans with Disabilities Act] compliance and other non-envelope expenses in order just to get traction on this process,” city councillor Nadeem Mazen said Monday at a special council meeting devoted to the empty building at 101 Rogers St., East Cambridge. “We’re talking about a year or more of work, and that gives us a lot of time to think about these harder issues.”

There was support for the idea, with Mayor David Maher calling it “a reasonable investment.”

The council and community have been debating how the building gets used since the city got it in a real estate deal arranged in 2009. The most recent proposed use of its 53,800 square feet was as a center promoting science, technology, engineering, the arts and math, but councillor Marc McGovern put the brakes on that proposal in saying there were other uses that deserved a look, such as early education.

On Monday, early education was paid more attention in councillor’s comments, focus on the so-called STEAM concept blurred and several councillors expressed interest in working with the Cambridge Redevelopment Authority and taking advantage of its procedural agility – it isn’t bound by the same development rules as city government – and the possibility it could help pay for getting the Foundry in shape for any use.

That possibility was raised by Deputy City Manager Lisa C. Peterson at an agency meeting last month, along with the first public mention that the ultimate cost of reviving the 124-year-old former manufacturing space would be about $30 million.

There were several assurances during the meeting, including by City Manager Richard C. Rossi, that there would be no less public involvement if the agency came on as the city’s de facto developer at the Foundry.

With much of the meeting devoted to a look at the financial impact of the Foundry on the city’s debt rating and property tax rate, Maher reintroduced another element of the discussion: fundraising among the city’s wealthiest residents and institutions.

“We live in a very well-to-do community [with] an awful lot of folks, a lot of institutions and a lot of businesses that have great capacity and great wealth,” Maher said, noting that Watertown had recently raised money for a capital project of its own. “This community can do the same thing. I don’t want to just throw in the towel about looking at how we can look to our community partners to help raise some of the funds needed for this renovation.”

“With the world-class companies and institutions that we have here, I would expect them to step forward and play a very major role in supporting this initiative,” Maher said, naming the Massachusetts Institute of Technology as an obvious partner, as well as Harvard and its Graduate School of Education. “If this is something that this community is really invested in seeing, we have a responsibility to reach out to our partners and find out how they are going to step forward.”

That might be especially true if councillor Dennis Carlone’s vision of similar centers going up in Central Square and North Cambridge came to pass – an idea with a price tag he acknowledged would cause the city manager to “twitch.”

Still, the several financial projections provided by Peterson and Assistant City Manager for Fiscal Affairs Louis Depasquale were less than alarming, even without CRA assistance and whether it was $12 million or $22 million borrowed looked at over a decade of bonding or two.

In the most extreme financial projection, with $22 million bonded over a decade, Depasquale saw the Foundry adding as little as $45 to an annual tax bill for someone owning a home assessed at $500,000. That rose to $135 each year for a home assessed at $1.5 million.

Depasquale reminded the meeting that the city has typically been able to bring tax increases below its first projections thanks to wise fiscal management, and that he was showing worst-case scenarios. The city is looking at $185 million in debt payments over the next five years to pay off various projects, including work on rebuilding elementary schools, but also entered the year with $142 million in free cash, setting a record for the third time in three years, and the Foundry is a rare city-owned property that, despite likely renting space to nonprofits at far below market rates, would bring in potentially hundreds of thousands of dollars annually.

The city’s Foundry report imagined about 15 month of construction on the building starting as early as September 2015 or as late as January 2017, after a yearlong design process.

Councillor Dennis Benzan was eager to get started. He had an order ready to be voted that would support a STEAM concept for the Foundry, free up $6 million from free cash to get started on the most urgent and basic construction issues, have the city manager explore partnerships with the CRA and others and begin a new round of community hearings.

But the order has to wait for the council’s March 17 meeting; a vote to bring the motion forward failed 5-4.