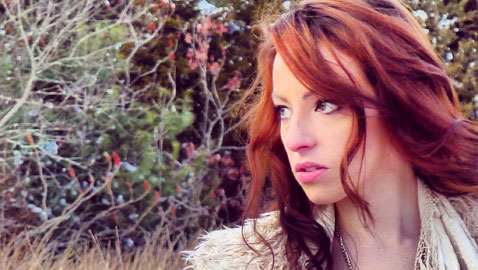 Three-quarters of the bill Saturday at The Middle East Upstairs is a good scan of some Boston sounds – and then there’s Streets of Laredo, a seven-member Brooklyn band formed around three siblings from New Zealand with just enough Lumineers-style rootsiness to sound like they’re from, well, the streets of Laredo. (They’ve been called “The Lumineers on acid,” but also win praise for an intense, Arcade Fire-like stage show. They were called a must-see band at last year’s CMJ Music Marathon in New York.)

Though the band has plenty of “unruly sing-along” tunes inspired by ’70s troubadour rock and shot through with a country whimsy, it more or less built its reputation on the fun “Girlfriend” and its equally fun video. (Keep an eye out for dancing Batman.)

As for those Boston bands on the bill:

The night kicks off with Her Majesty, whose core members Jena Boss and Nick Angelo channel Joan Jett, Led Zeppelin and other hard-rocking bands and deliver a stage show that matches those icons in sheer sweat and urgency – like they have a vital message to deliver in every song, and in every song that message is “We’re melting your face off.”

This five-piece band built around singer Sadie Vada makes bluesy pop-rock sound fresh, probably because Vada herself brings such intensity to the writing and performance. Barring the occasional bit of sweetness in songs such as “One More Night,” her stuff is full of attitude and booze and sometimes the white-hot anger captured breathtakingly in her “Stupid Little Girl.” Vada’s the girl glowering at you from a cloud of cigarette smoke in a dive bar just before she beats your ass at pool, and you want her to keep doing it all night.

There’s a different kinds of intensity closing out the night with the John Hanifin Band, a five-man outfit where the instrumentation is built uniquely around Hanifin virtuosity with the cello. (He performs as a classical soloist and guest artist and runs a cello studio for Boston area students.) It sounds boring to come across yet another band claiming to mix classical, folk, funk, rhythm and blues, country and rock, and listing influences including Coldplay, Dave Matthews, Michael Jackson, Steely Dan, The Beatles, Prince and Fun. – but damned if the band doesn’t pull it off. Credit Hanifin’s ability not just to dance around with a sleek electric cello, but to surround by similarly accomplished musicians.