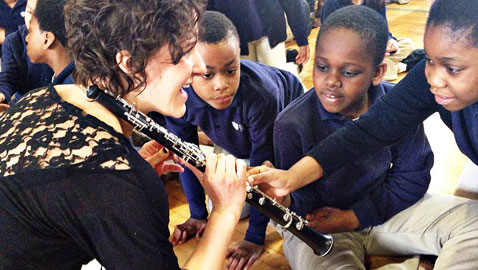 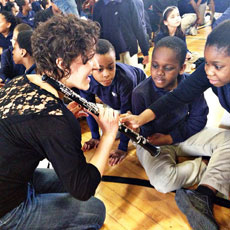 The Discovery Ensemble was due to return to Harvard’s Sanders Theatre in April with a concert of works by George Benjamin, Mozart and Schumann – but on Wednesday the six-year-old chamber orchestra of around 40 players, meant to rival the great chamber orchestras of Europe, shut down.

Money struggles were key in ending the run of the ensemble, whose mission included serving as a resource to area schools that have no music education programs, exposing students to classical music so that and encouraging them to learn to play a musical instrument.

“After much deliberation, the board of directors of Discovery Ensemble has voted to cancel the 2014/15 season and cease operations due to the increasing difficulties faced in expanding the donor base and identifying additional board members in Boston’s saturated performing arts scene,” an ensemble press release said. “Coming to this conclusion was extremely painful, and the board considered all conceivable options before reaching its final decision.”

The Board called it “the fiscally responsible decision” and was careful to say the decision was “in no way a reflection on the superb artistry and creativity of Music Director Courtney Lewis and the many brilliant musicians of the orchestra. One of the considerations behind the decision to close at this point was to allow the talented and dedicated musicians to pursue other opportunities.”

The group was lauded by critics at National Public Radio, The Boston Globe and defunct Boston Phoenix, with the Globe’s Joan Wickersham noting last year the youth of the members and saying they had “Energy, charisma, talent, nuanced musical understanding, an exceptional conductor, and a sense of social responsibility … this group shows us what the future of classical music will look like.”

“The members and musicians of Discovery Ensemble know what a special orchestra this is, and I will treasure the memory of our concerts together as being among the most exhilarating experiences of my life. I am very proud of the work we have done over the last six years,” said Lewis, the ensemble’s conductor. “Thank you to our loyal audience and our many generous donors.”

Lewis – who was appointed music director of Florida’s Jacksonville Symphony Orchestra in May – founded the ensemble in 2008 with musicologist David St. George. In addition to its regular appearances at Sanders Theatre, it performed at Boston’s Jordan Hall.