Prospect nightclub opening is in doubt without partners, investors for buildout 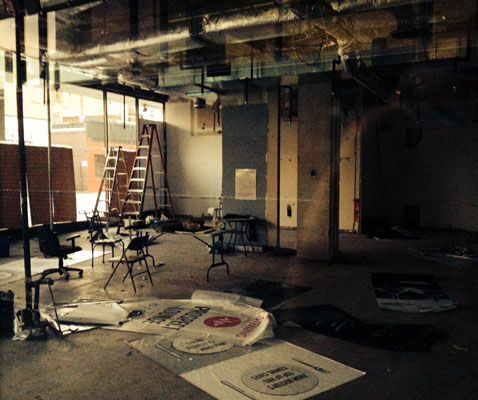 Prospect nightclub opening is in doubt without partners, investors for buildout

Buildout at the proposed Prospect nightclub in Central Square has barely begun, a lawyer for the owners said Tuesday. (Photo: Marc Levy)

The prospects for Prospect have darkened. After winning the zoning it needed some 21 months ago after a 17-month wait and despite attempts to raise money needed for construction, the nightclub’s owner is at risk of losing his alcohol, restaurant and entertainment license with barely any work complete.

“Candidly, the capital funds needed to complete the buildout in a timely manner have been difficult to secure,” Rafferty said. “There is some uncertainty as to whether or not the applicant has sufficient resources to proceed with the buildout. He is discussions with his landlord now to see what options exist.”

Investors or partners may be needed for owners Marc Shulman and Patty Chen – former owners of the All Asia nightclub at 344 Massachusetts Ave., which was forced to close for Massachusetts Institute of Technology construction, and also partners in The Dumpling Room restaurant at 907 Main St., also in Central Square. The zoning change meant Shulman was able to put a door to his club on Prospect Street, but after winning that came other waits for licensing from the state Alcoholic Beverages Control Commission and for a building permit.

“It took a little bit longer than expected,” Rafferty said of the approvals.

The commissioners granted Rafferty’s request for a 60-day reprieve so Shulman can find those investors, partners or a buyer for his license. Shulman appeared at the hearing but didn’t speak.

The club concept and its call for premium audio and video equipment raised $3,483 last year in an Indiegogo campaign seeking $80,000, but there are further needs for plumbing and a full kitchen that Rafferty indicated bumped funding well into the six figures, apparently helped little by a promotion selling membership that started in July and ended last month with 71 takers. Shulman said a date for a Prospect Lounge opening would be announced after the membership drive ended, but the deadline came and went.

“At the moment, under the existing [ownership and funding] structure, resources are not available,” Rafferty said. “Despite the best efforts.”