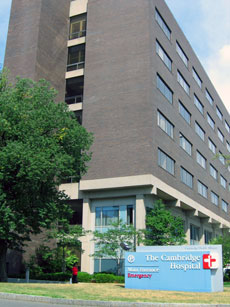 For the third year in a row, Cambridge Health Alliance faces penalties from the federal government for having too many patients return to the hospital within a month after they’re discharged. But the Alliance may take comfort from the fact that it’s in good company – 80 percent of the state’s hospitals will also be penalized this year.

Medicare, the health program for seniors and younger disabled people, will deduct 0.86 percent from its reimbursements to the Alliance because the health care system’s readmission rate was too high, according to documents released last month. The records were analyzed and published by Kaiser Health News, a nonprofit health care news service.

The government began fining hospitals three years ago in an effort to cut readmissions, which cost Medicare $26 billion a year. As much as $17 billion could potentially be avoided, according to a Medicare report cited by Kaiser. Patients who need to go back to the hospital soon after they’re discharged can be a sign of poor care or inadequate discharge planning and coordination.

Some research has shown that safety-net hospitals such as the Alliance, which has the second-highest number of poor and uninsured patients in the state, face extra challenges such as homelessness in reducing readmissions. But Boston Medical Center, the state’s top safety-net hospital, will incur a lower fine than the Alliance this year: 0.56 percent,.

Alliance spokesman David Cecere said the health care system has established partnerships with community groups serving homeless people and the elderly to “help provide an additional safety net for these patients.” A collaboration with two elder-service agencies has cut readmissions more 10 percent since December 2012 among 1,700 “high-risk” patients, he said in an email.

Hospital pharmacists have also begun delivering medications to patients before they go home, with the pharmacists explaining how to take the drugs, Cecere said. And the Alliance is working on ensuring that discharged patients get a call from a nurse and an appointment with a primary care doctor in the week after they’re discharged, he said.

The penalties this year are based on readmissions for patients discharged between July 2010 and July 2013, Cecere said. During the first two years of the Medicare program, officials examined only patients hospitalized for heart attacks, pneumonia and heart failure. This year Medicare also looked at patients in the hospital for hip or knee surgery, or treated for chronic lung disease.

Kaiser Health News reported that adding those conditions was one reason a record number of hospitals were penalized this year: 2,610.

“The bulk of our penalty was assessed because of slightly higher than average readmission rates for patients with chronic lung disease. As a result, we have increased efforts to improve the care of those patients,” Cecere said.

The maximum fine this year is 3 percent. In 2012, the top fine was 1 percent, with the Alliance close to the peak, at 0.94 percent. Last year the Alliance’s penalty dipped to 0.32 percent.