‘American Sniper’: Clint’s a good shot, but we don’t get man behind the scope 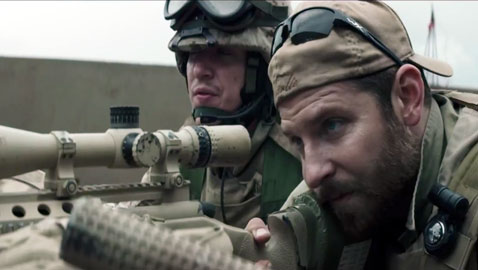 ‘American Sniper’: Clint’s a good shot, but we don’t get man behind the scope

It’s pretty amazing the quality of films Clint Eastwood has been belting out as he sails well past the octogenarian mark, not just because he’s making movies at that age, but because of the ambition and scope of those films. “Invictus” (2009) took on the shifting tides of apartheid in South Africa, “J. Edgar” (2011), the biopic of America’s long-standing top dick, spanned eras and presidential regimes as America was shaped during the mid-1900s – and then there was the ill-fated but well-intentioned musical “Jersey Boys” (2014). Now we get “American Sniper,” the true story of Chris Kyle, a Navy SEAL in the Iraq War whose remarkable gift is the ability to take out anther human being a mile away. As the billing has it, Kyle, as a marksman,  has the most confirmed kills in U.S. military history. 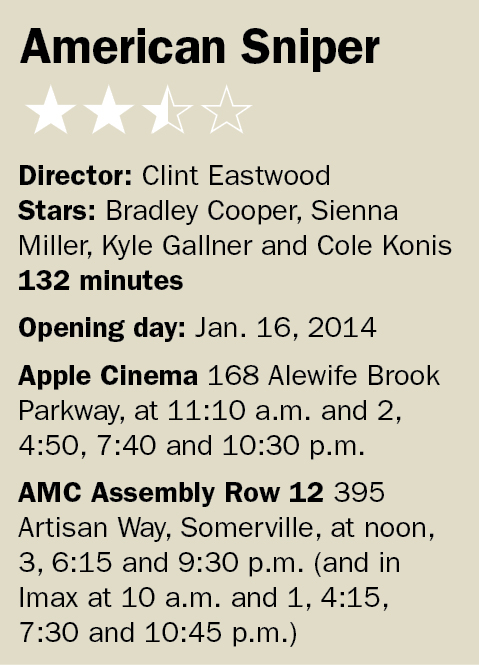 Kyle’s a pretty good shot; so is Eastwood, conjuring up some hellish gun battles and tense door-to-door incursions with Kyle on the roof keeping his boys safe from the jihadist around the corner with an assault rifle or RPG. He’ll even take out a woman or a child with cool professionalism (but not without a touch of nervous deliberation, to denote his humanity and the conundrum of such an act) should they prove to be the chosen chalice of hateful mayhem. The scenes, rich and rife with conflict and drenched with sun and sand, feel borrowed from Katherine Bigelow’s haunting wartime chronicle “The Hurt Locker,” yet there’s no plumbing of the soul or genuine crisis of conscience in Eastwood’s endeavor. Kyle, played by Bradley Cooper – a fine enough actor, but likely destined for the Kevin Costner outpost of shaggy good looks, nonchalance and zero range – is a square piece of paper, dedicated in his mission to serve, tough, resilient and skilled at what he does, but not much more. Sure he’s got a wife and a mindset, but as the film has it, they’re like hastily chosen add-ons when buying a car.

The book about Kyle (which he penned with two other writers) was a New York Times bestseller and much has been made about the subject in many circles of the press challenging Kyle’s credibility (visit Slate for a start) and virtue. Eastwood, you remember, spoke comically and boldly to a chair at the 2012 GOP National Convention, and you can only guess that there’s a degree of skewed political undertow in the film’s patriotic envelopment. Like the 2013 film “Lone Survivor,” the ostensible pursuit of jingoistic justification and boundaries of true events limit the expansion of character and sociopolitical exploration of war and intertwining of diverse cultures with mismatched agendas. As a result, both films detail harrowing ordeals without being so. From the film, there’s little doubt as to Chris Kyle’s commitment as a protector of his country or as a father, but when the film ends (and it’s on a (and it’s on a tragic note that developed as the film went into production), the definition of who Chris Kyle was remains a mystery.