One factor changed in debate on fluoride, but drinking water hasn’t changed with it 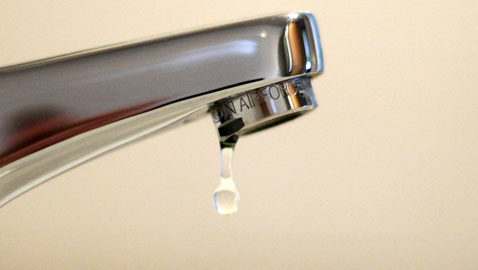 One factor changed in debate on fluoride, but drinking water hasn’t changed with it

Adding fluoride to Cambridge drinking water to protect children’s teeth was a tough sell more than 50 years ago, with three citywide votes going back and forth on the issue. But there has been scarcely a murmur of dissent since 1974, when city health officials implemented fluoridation without having to get voter approval.

Until recently. Cambridge is one of several Massachusetts communities where activists are pushing to get rid of the chemical, citing health concerns and individual liberty. Last year local anti-fluoride campaigners contacted new city councillor Nadeem Mazen, he said.

The result was a policy order by Mazen in July listing many of the opposition’s arguments and asking the city manager to look into “the risks and benefits” of continuing to fluoridate drinking water. And last month, the city public health department put on a forum where some of the activists challenged a panel of city-designated experts defending fluoridation.

Most reputable research supports the 70 years of fluoridating public drinking water in the United States, and after two hours of debate at the forum it appeared that no one had changed his or her mind. The meeting hardly touched on another fluoridation issue that could change the way the city treats its water, though: How much fluoride should be added?

The Centers for Disease Control and Prevention, the federal government’s leading public health agency, has recommended since 1962 that communities maintain fluoride concentrations between 0.7 and 1.2 parts per million. Why the range? Because scientists assumed people in warmer climates would drink more water than those in colder areas. The cold places should add more fluoride and the warm places less, the CDC recommended.

Now the agency is proposing to reduce the recommended level to 0.7 parts per million, mainly because children are getting more fluoride from sources other than drinking water – and some are getting too much. Comparing national health surveys in the mid-1980s and early 2000s, the CDC said the number of young people with very mild or mild fluorosis, a mottling of tooth enamel due to fluoride overexposure, was increasing. This “probably reflects the increase in fluoride exposure across the U.S. population through community water fluoridation and increased use of fluoride toothpaste,” the agency said in a public notice of its proposal to reduce the fluoride level in drinking water.

Another research report on children and teenagers examined the relationship between tooth decay and various levels of fluoride in drinking water; it found that the decline in cavities reached a plateau at 0.7 parts per million of fluoride in the water.

The agency concluded that 0.7 parts per million was now the optimum level to prevent cavities and avoid fluorosis, and it proposed to discard the idea of a range. It turns out temperature doesn’t affect how much water people drink, the CDC said.

Almost four years have passed since the proposal, but the agency hasn’t adopted the recommendation – which isn’t binding on water systems anyway, although it carries great weight. Some communities have implemented the lower level.

Meanwhile, the Environmental Protection Agency, which sets the legal maximum for fluoride in drinking water at 4 parts per million – saying more would be harmful to health – is considering whether to lower that level in response to the CDC proposal.

Mazen, the councillor who sparked the discussion, said he favors fluoridation. His policy order “wasn’t meant to be [as anti-fluoridation] as it might read,” he said. “The case for fluoridation is compelling, the benefits are real.”

Still, he said, “when you have additives of any kind, you need review … whenever we can reduce the additives and retain the benefit, we should.”

It’s not clear what happens next. One January panelist, Deborah Klein Walker, head of the oversight board of the city’s public health department and a former associate state health commissioner, said the board will look at the issue and decide “if any recommendation is to be made” for changes. Sam Lipson, environmental health director of the department, said the board will send its advice to the city manager.

But state law gives a community’s “board of health” the authority to fluoridate drinking water, so it’s not clear what part the city manager or city councillors would play. Susan Feinberg, spokeswoman for the health department, couldn’t say what the procedure will be; she did say the department has a policy of working with city officials. In a response last September to Mazen’s policy order, Claude-Alix Jacob, chief public health officer, strongly supported continued fluoridation at current levels.

“In the view of the Cambridge Public Health Department, the fluoridation of the city’s water supply has brought significant public health benefits to the community in the ensuing decades. The major benefits have been the reduction of tooth decay and the associated health effects from the bacteria responsible for this damage,” Jacob wrote to City Manager Richard C. Rossi.