‘The Gunman’: Penn is almost mightier than weaknesses of misfiring action film 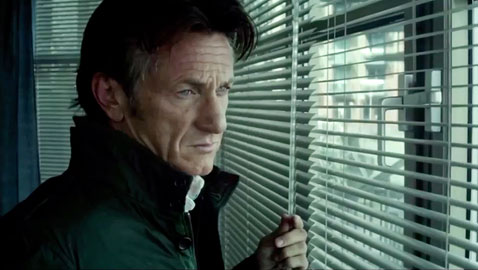 ‘The Gunman’: Penn is almost mightier than weaknesses of misfiring action film

Sean Penn jumps into the action genre – or that’s the tag everyone’s layering onto his involvement in “The Gunman.” In concept the film, a thinking person’s espionage thriller with a serious thespian at the fore and an international slant, has the bones of “A Most Wanted Man,” “The Constant Gardener” and even the Bourne films, but that’s as far the genetic similarities go. In the bigger kinetic rendering, the uneven pacing and seemingly smart twists that suddenly nosedive into cliché confine the film much the same way its uninspired title does: The obvious is floated as a banner that implies something more and deeper to come, but it never does. 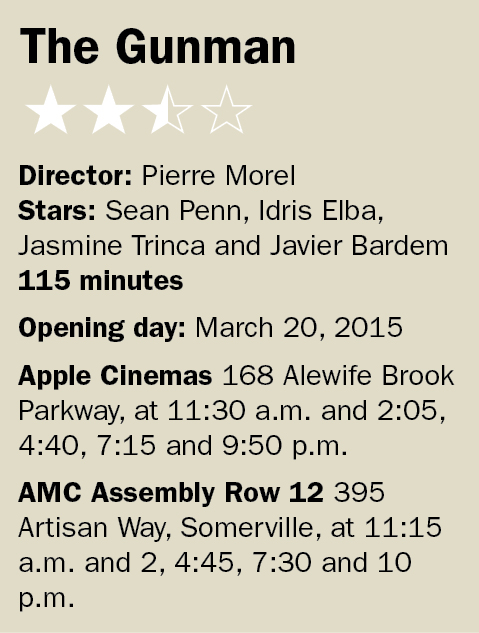 Penn’s up for the role as a gun for hire, employed by a Blackwater type org that pulls the strings behind the soldiers of fortune in movies such as “Dogs of War.” His Jack Terrier (I kept thinking dog too) is buff, physically well oiled and ready for action at the drop of a pin. His only weaknesses are that he smokes and, while on assignment in the Congo, falls for an idealistic aid worker, Annie (a fetching Jasmine Trinca).

Given the film is directed by Pierre Morel, who steered Liam Neeson through much mayhem in “Taken,” you’d think Annie’s safety would be that catalyst for the gloves to come off, but the film (based on the 1981 novel by Jean-Patrick Manchette) is more concerned with corporations deploying operatives in third world hell-holes to tip the balance of power for profit. Annie serves mostly as a raw point between Jack and his handler Felix (a misused Javier Bardem) after an assassination of the Congo’s mining minister ripples across the years and continents.

For the most part, the action sequences are done with great aplomb – after all, this is how Morel made his nut – and the intrigue builds nicely until there is a rash eight-year hop just as things start to get cooking. Much of what we get when we settle back into the Congo is a residual grudge that’s suddenly gotten hot and prickly (why nothing happened in the in-between must have gotten lost in script revision hell) and a crisis of conscience for Terrier. Given that he’s been in the killing game since his days back in special ops, this feels tacked on and insincere. It’s not an easy point to get over, but Penn sells it as well as anybody could.

The matters of politics of exploitation and corporate greed get put up there on screen with great, chest-beating solemnity, but in the end (a deadly cat-and-mouse during a bullfight in Barcelona) they become nothing more than the slack, cartoonish motivations of an archvillain in a Bond flick. In those 007 staples, we expect and relish such silliness; here it cheapens the examination of righteousness and the human need for redemption.