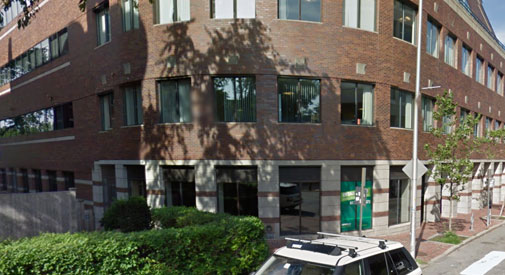 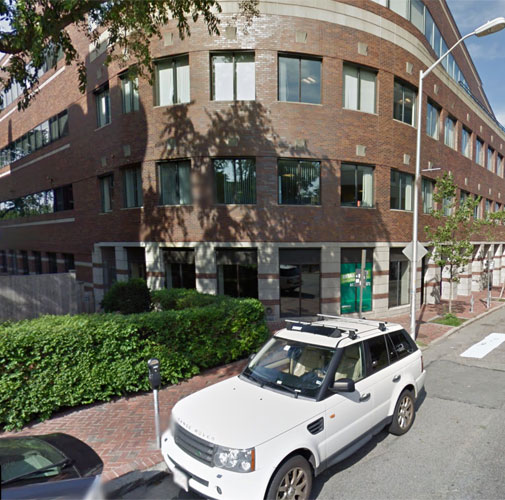 A 145-seat restaurant called Waypoint is proposed for long-empty space at 1030 Massachusetts Ave., on the outskirts of Harvard Square. (Photo: Google)

A seafood-focused restaurant by the prolific Michael Scelfo is on hold until he can meet with neighbors at the proposed space on the ground floor of a business building on the outskirts of Harvard Square.

The 145-seat restaurant called Waypoint would be open for dinner seven nights a week and have daytime hours on the weekend – if it opens at all at 1030 Massachusetts Ave., a long vacant space that stretches back toward homes on Greet Street. Neighbors there have bad memories of the traffic, smells and sounds of venting and refrigeration from now-defunct businesses the Little Market and Barsamian’s gourmet shop.

It would be Scelfo’s third Cambridge restaurant. His Naco Taco eatery opened in Central Square on May 11, and his full-service restaurant Alden & Harlow opened about 18 months ago in Harvard Square, serving “thoughtfully sourced, honest American food” with just a smattering of seafood items.

“I love Harvard Square. I kind of think of it as home, and to me it made sense to stay at home and do something in Harvard Square,” he told the License Commission on Tuesday, describing his motivation to open Waypoint just where Massachusetts Avenue and Mount Auburn Street meet.

But a parade of longtime residents followed Scelfo’s presentation to the commission alongside attorney James Rafferty – and even one longtime resident who’d actually moved out of the neighborhood – to express their concerns, including whether Waypoint would soon return for permission for patio dining.

“We are not in Harvard Square. That’s the whole point,” said Harriet Feinberg, a Green Street resident. “Harvard Square is a great location for this, and Central Square and maybe Inman Square … we are on the cutting edge of a residential neighborhood, protecting residents from Massachusetts Avenue, and now and then we have to take a stand.”

One resident even broke new ground in objecting to a proposed restaurant: Noting that Cambridge is entering a process to create a citywide development master plan.

Rafferty himself suggested delaying a commission decision on Waypoint until after he and Scelfo had a chance to invite residents in to “walk the space” and talk through their fears about quality of life from the restaurant, which is expected to have two televisions and recorded music playing “below, at or above conversation level.”

While Rafferty described the space as being at the base of an office building that shuts down at night, freeing up parking spaces in a below-ground garage, residents said 1030 Massachusetts Ave. was actually lab space that was active “24/7” and “on weekends and during blizzards.”

“We didn’t have command of that history,” Rafferty told commissioners, referring to neighbors’ experiences with previous area businesses.

The matter was put off by the commission until after the restaurateurs and residents could meet.

Considering the delay, Scelfo declined after his hearing to talk about menu items. But a sample Waypoint menu offered to commissioners includes a Fried Oyster Bun, Chilled Crab Bun, Fried Ipswich Clams and Grilled Monkfish Cheeks, Parsley and Clam Fritters, Whole Roasted Sardines, Smoked Swordfish Belly and crudo along with pasta and grain dishes including a Wood-Roasted Char Belly and octopus with wheat ceppe, mint, chilies and garam. Three meat dishes and five pizzas – three of which rely on seafood such as clam, whitefish and anchovy, were also listed.