‘Slow West’: Seeking love across America, and bringing violence along for the ride 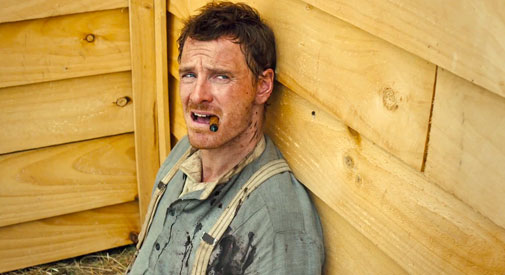 ‘Slow West’: Seeking love across America, and bringing violence along for the ride

Here’s something: a Western in which a young Scot is guided by an Irishman through the inhospitable American frontier of the late 1800s. That landscape in “Slow West” is breathtaking to behold, mountainous, verdant, fertile and feral, but none of it is truly American – the film was shot in New Zealand in the same wondrous mountains where Peter Jackson staged much of the “Lord of the Rings” films. 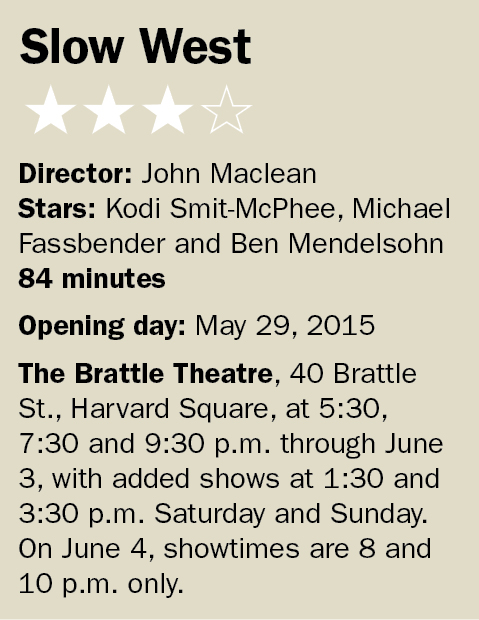 The writer/director, John Maclean, played in a retro-alternative band and is Scots himself, so there’s that with the how and why. He also happened to make a pair of short films with the versatile actor Michael Fassbender, whose broad CV includes sci-fi (“Prometheus” and two “X-Men” films) and collaborations with Quentin Tarantino and Steve McQueen (they’ve hooked up three times, including “Twelve Years a Slave”), so enticing the Irish thespian to take up the role of an enigmatic drifter in the mold of Clint Eastwood’s “Man With No Name” for his feature debut must have been a simple dialup of favors among friends.

The re-partnering pays dividends, but for all the grandiose high stakes and murderous guns that loom at every turn, “Slow West” moves more like a dream than your prototypical western, broken and filled with misty motifs that drift by and never fully weave together. The slow quest west get driven by the misguided passion of one Jay Cavendish (Kodi Smit-McPhee, the young boy in “The Road”), a wayward lad imperiled in a foreign land, unaware and lovelorn for a lass from his homeland (Caden Pistorius) who fled to America (from Scotland) to escape a bloody and unfortunate mishap. Luckily for Jay he is happened upon by Fassbender’s Silas Selleck, more than pretty good with a gun and whose services can be had for a reasonable fee. The great peril in their mission isn’t so much that Jay won’t find his love, but the ruthless bounty hunters seeking the hefty fee on the lass’ head and knowing Jay is the only possessor of the few clues as to where she might be.

A few years ago, rocker Nick Cave penned the compelling Aussie Outback western, “The Proposition” (directed by John Hillcoat, who also directed “The Road”). The film marked a profound re-envisioning of bleak hopelessness that pervaded the lawless remotes at the turn of the prior century. Despite the pools of blood, cruel indifference and scenes of torture, it possessed a deep, rich soulfulness. “Slow West,” similar in texture, bares plenty of soul – to that there is no question – and Maclean twists the plot in surprising directions, and boldly so – but not all of the gambles pay off. The former alternative rocker with a nose for dissonance, composition and the much-romanticized era of the setting conjures up a vision that’s gorgeous, trancelike and easy digested, but the film’s lifeblood – Jay’s driving yen – falters midway through, like a steed tasked with climbing a ravine with hoof rot. Maclean, seeking the grayer, more masculine side of things, digs deep into the bourgeoning bond between Jay and Silas and mines many righteous moments on love, class and morality. The bounty hunter posse on their tail and Silas’ past with their leader (Ben Mendelsohn) yield a similar complexity. All in all, the slow-simmer, macho gun-waving gives “Slow West” an epic glow – and rightly so – even though it’s not even an hour and a half long. There’s much to admire here, but somewhere in the wispy sharpness and smoky grittiness of Maclean’s venture into genre, intentions and passions become obtuse and ephemeral in a sweeping tapestry of ideals and postures.