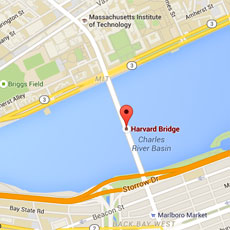 A woman’s body found in the Charles River this morning has drawn investigation by State Police detectives assigned to the Suffolk District Attorney’s office, the State Police Marine Unit and other officials, said Jake Wark, press secretary for the office.

Investigators have a tentative identification, Wark said at about 9:45 a.m. Friday.

“We will only release that ID if her death is believed to be a result of criminal conduct,” Wark said, adding in the early evening that the woman had been tentatively identified as a Boston resident in her 30s.

“Though the body showed no obvious signs of trauma, the investigation is ongoing,” he said. The Office of the Chief Medical Examiner was working to determine the cause and manner of her death.

A boater spotted the body at about 6:50 a.m. near the Harvard Bridge, which carries Massachusetts Avenue across the Charles.

The last body recovered from the Charles was April 15, an apparent suicide by a person seen jumping off a bridge.