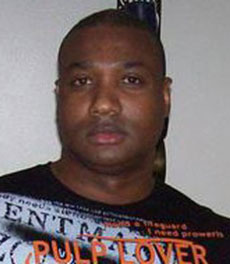 Alejandro Done, 46, of the South End, in an image identified as taken from Facebook.

The suspect in a Dec. 6 sexual assault connected to the Uber car-ride app has been ordered held without bail pending a dangerousness hearing next week, Suffolk County District Attorney Daniel F. Conley said Monday, calling the man “an alleged serial rapist who eluded capture for nearly a decade.”

Alejandro Done, 46, of the South End, was arraigned in South Boston Municipal Court on Monday on a case dating back to 2006. He has another appearance scheduled this week on charges from 2007 and may also face charges for a second assault that year and in 2009 and 2010.

“Despite a dragnet of investigators pursuing every possible lead in and out of Massachusetts, the assailant evaded detection until now,” Conley said in a press release.

The latest case sprang from an incident at about 7:30 p.m. Dec. 6, when Done is accused of going to Tremont Street in Boston, where a young woman was waiting for an Uber ride after spending time with friends. Done drove to an unrequested location and jumped in the back seat with her, locking the doors and hitting and strangling her, as well as covering her mouth so she could not scream as he sexually assaulted her, police said.

It is still unclear exactly where the assault took place, said Jeremy Warnick, director of communications and media relations for Cambridge police. But the victim is a Cambridge resident and reported the crime to Cambridge police – apparently after being dropped off by her attacker near her home.

But officials believe Done’s crimes date back to July 29, 2006, called “the first in a series of assaults in which Done allegedly targeted women walking or jogging alone late at night, primarily on weekends, during the summer months.” Assistant District Attorney David Deakin told the court that in the 2006 assault, Done approached a 30-year-old woman walking along Morrissey Boulevard in Joe Moakley Park and violently assaulted her.

The victim was able to provide Boston Police with a description of her assailant, and an exam produced DNA evidence – reported to be matched with DNA taken from Done after his arrest in December after the Uber incident.

Done is next scheduled to appear in Boston Municipal Court on Thursday for arraignment in connection with a subsequent assault that occurred on Boston’s Esplanade on July 29, 2007. The other assaults linked to Done by police were committed on the Esplanade on June 16, 2007; and at about midnight on July 13 into July 14, 2009; and on June 13, 2010, near Preble Circle.

Deakin asked Judge Michael Bolden to hold Done without bail until a dangerousness hearing, which Bolden did. The law allows a judge to hold a defendant accused of certain offenses without bail for up to 90 days pending trial upon “clear and convincing evidence that no conditions of release will reasonably [ensure] the safety of any other person or the community.” That hearing is scheduled for July 27.