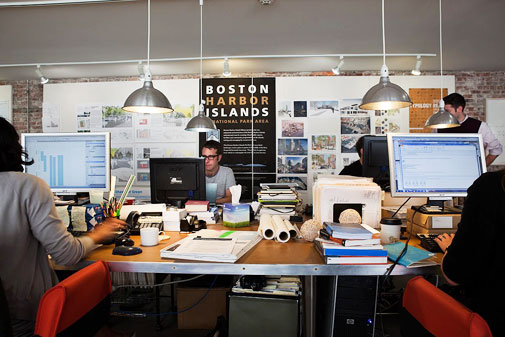 By John Hawkinson and Marc Levy

A team led by Utile has been selected for the multimillion-dollar Cambridge citywide planning project, city officials said Friday.

Utile and its competitors, Sasaki and Perkins + Will, made public presentations in July at which Utile emerged as the crowd-pleaser. That was followed by a multi-day evaluation process by the city’s selection committee and a recommendation to hire Utile, which was accepted by City Manager Richard C. Rossi.

“We too are thrilled,” said Iram Farooq, acting head of  Cambridge’s planning department. “From a technical perspective, all of the finalists were excellent. In terms of the public outreach piece,  Utile definitely did an incredible – a phenomenal job. We felt that would be a huge asset, and since that’s a very significant part of our project, we decided to go with them.”

“The city is looking forward to embarking on this important citywide process with Utile,” Rossi said in a press release.

The city will be working with Utile to develop the scope of work and finalize a contract in the next month, including financial arrangements, for a public process that will begin this fall, Love and Farooq said.

Farooq also added that Utile’s Boston location and “level of understanding of the region that they bring was an advantage.”

One of the criticisms of Utile was that the company had not done a project on a citywide scale. But it was able to overcome that hurdle.

“We felt like when you put the team together, and all of the elements that they brought, they actually made a pretty convincing case that what they did on the district scale would be replicable on a citywide scale,” Farooq said. “While they have not done one project at the comprehensive planning scale, we felt that was a very logical next step. We didn’t at any point feel like they’re not going to be able to do it. They’ve done policy work and more physical work … plus it’s not just Utile, it’s the full team we are evaluating,” she said, referring to Utile’s subcontractors.

“I think it’s a good selection,” said city councillor Dennis Carlone, an architect and urban planner. “The reason is that planning studies are wonderful documents, but if the substance is not translated into an urban design three-dimensional plan, the meaning is many times lost. … Utile has that capacity.” Carlone said he thought Utile’s past work for the Boston Redevelopment Authority demonstrated its capacity to handle a project the size of Cambridge’s citywide plan.

Behind the process is the citywide development boom of the past few years, which began alarming residents who felt there was little coordination between projects or acknowledgment of their overall effect on stressed traffic and transit systems. The Alewife area drew special concern by quickly surpassing the amount of development expected by 2024, with essentially all of the development being residential rather than a mix of housing with office, retail, municipal and open spaces described in 2005 planning documents.

Residents and officials such as city councillor Dennis Carlone, who had posted an online petition, began agitating in the spring of 2014 for “an open process that will begin to provide a cohesive vision for how our city will grow and mature in the years to come.”

In April, two City Council orders were combined to call for a new process, expected to take three years to complete at a cost of around $2 million.

The plan included a special, early focus on Alewife. “Recent development in the Concord-Alewife area, especially the number of large housing developments … have caused some to be concerned about the overall direction of development in the area,” Rossi acknowledged in November.

Utile, led by Love, is a smaller Boston company with less experience when compared with Perkins+Will and Sasaki, but in July its interactive approach – including handing out devices listeners could use to give instant feedback to questions – and Love’s commitment to transparency went far toward swaying the public toward its hiring. He even invited residents to join him at a bar after the companies’ four-hour series of presentations.

Love suggested the company wouldn’t “reinvent the wheel” of Cambridge planning such as K2C2, the Lighting Ordinance Task Force and Green Line Extension and would remain flexible as well as “go where people are; not wait for them to come to you.” He said Utile planned to make clear what community benefits would come to a neighborhood from development, breaking such things as affordable housing, open space and street improvements down to dollar amounts.

The approach was clearly convincing for the selection committee as well as residents.

“The Utile team brings a deep understanding of local planning issues and a fresh, creative approach to public engagement,” said Lisa Peterson, chairwoman of the committee, in a statement. “Using a rigorous, data-driven process, the Utile team will complement and augment the capacity of city staff to develop a strategic framework to address a broad range of issues, including mobility, housing, land use, urban design, environment, social equity, economic development and open space.”

Love praised the city’s unconventional process: “I thought it was probably smart and risky for them to have the teams present publicly before interviews. That was a great idea. It even generated enthusiasm for the plan through that process.”

Doing so, along with publicly posting the teams’ written plans, “added a public dimension to these processes that was a move in the right direction beyond this project in terms of how planning is done in cities,” he said.