Host of party that resulted in rape charge arraigned, accused of serving the underage 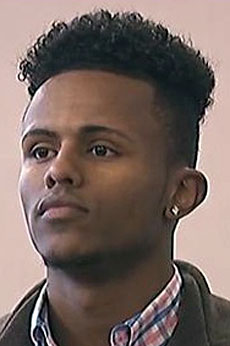 Host of party that resulted in rape charge arraigned, accused of serving the underage

An attack on a teenager after leaving an underage drinking party has led not only to charges of rape for another partygoer, but an arraignment on a charge of furnishing alcohol to minors for the woman who hosted, according to Middlesex District Attorney Marian Ryan and Everett Police Chief Steven Mazzie.

Stephanie Malloy, 37, of Somerville, was arraigned in Malden District Court on Wednesday, with Judge Dominic Paratore releasing her on personal recognizance – but ordering her to stay away from drugs and alcohol, comply with orders from the Department of Children & Families and be subject to random drug and alcohol screens, according to a press release out of Ryan’s office. The next scheduled hearing in the case is Sept. 29.

“This is an example of the why social host responsibility laws exist,” Ryan said. “Even in a private residence, consumption of alcohol by a person under 21 is illegal. Those who host and condone underage drinking run the risk of abetting dangerous and harmful outcomes.”

Malloy hosted a party March 6 at what was then her Everett home, from which a man identified by the Everett Police Department as Sami Sherif, 19, of Everett, left with a teenage girl – attacking her and leaving her at about 6:45 a.m. March 7 unconscious in the driveway of a home on Appleton Street in Everett, police said. A resident of the property told police the teen’s clothing was in disarray and blood was found on her and near her.

She was taken to Massachusetts General Hospital in Boston where a test at about 7:15 a.m., indicated a high blood alcohol level, and her body temperature in frigid March temperatures had reportedly sunk to 77 degrees. Medical professionals gave the victim a 30 percent chance of survival, and she was unconscious for two days before recovering and then being released from the hospital, Ryan’s office said.

After an investigation, Sherif was arrested March 27 and has since been indicted on a charge of rape by a Middlesex County Grand Jury. The next scheduled court hearing in that case is Nov. 17, with bail for Sherif set at $5,000 cash, with conditions to include compliance with GPS monitoring, a curfew from 7 p.m. to 7 a.m., no contact with the victim, a report to probation once a week, and the seeking and maintaining of school or employment, including applying online to five jobs per week and providing proof of his applications to his probation officer. He was also required to surrender his passport.

“It is extremely important that parents set good examples and set limitations on what behavior will be allowed in their homes. Teenagers are relying on us to do the right thing by them and this case highlights the negative consequences when adults don’t do their part,” Mazzie said.