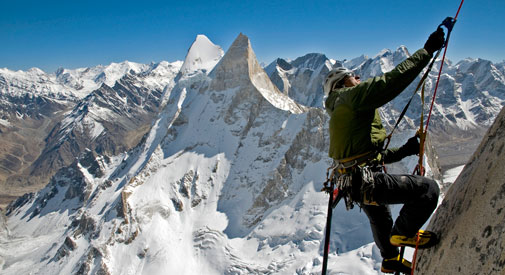 Two of the films opening at Kendall Square this week, while very different, record ordeals of perseverance, braving the unknown and strength of bonds. The first, from prolific mumblecore maestro Joe Swanberg, “Digging for Fire,” explores a couple in transition, hoping to validate their young union as well as plan for the future. Tim (Jake Johnson) and Lee (Rosemarie DeWitt) housesit a small mansion in a secluded suburban valley outside L.A. They’ve recently transplanted from Minnesota with their young son (conveniently, for plot’s sake staying with rich grammy and grandpa played by Judith Light and Sam Elliot) and are looking to begin their second lives (he’s a teacher and she’s a yoga instructor, and for ideological reasons they long eschewed economic responsibility), but something’s not quite right between them as they flounder forward, and it doesn’t help the air of tenuousness that they’re supported by her parents. 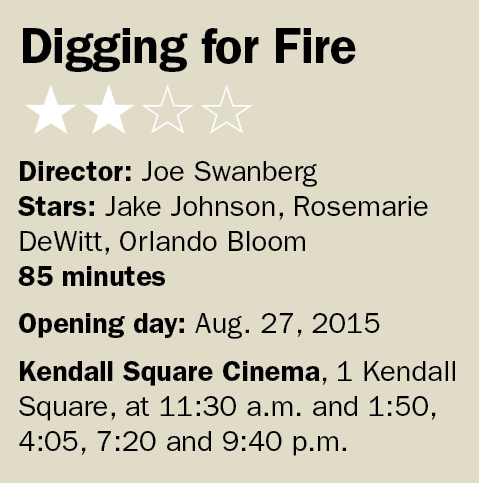 Out of the earth rises a needed jolt when Tim discovers a gun and a bone poking out of a hillside.  Is it human or animal? Without an active case, the police aren’t all that inclined to investigate, but Tim, ignited by his imagination and his need for a tax-filing procrastination, keeps digging. Lee doesn’t share Tim’s curiosity and, despite some killer house parties and much merriment, the two drift further apart, so Lee is doing her own thing while Tim hosts digging parties with his immature, boozed-up posse. Eventually, each principal ends up with a fetching member of the opposite sex. For her, it’s the charming Orlando Bloom, who should’ve been doing more films like this long ago; for him, it’s a nubile waif (Brie Larson) hanging out at one of the house gatherings.

Given all the sexed-up tension and enigmatic buzz of a murder mystery, “Digging for Fire” doesn’t ever really get dirty enough. It only scratches the surface, asking baiting questions about fulfillment and obligation, and like its protagonists, appears to be sheepishly searching without any convictions. Plus, how sympathetic can pampered idealists ever really be? That said, Swanberg gets some of the improvised vignettes to flow to great effect. Much of that’s thanks to a well-stacked cast. DeWitt has something of a breakthrough here, Elliot and Light deliver the perfect balance of wary capitulation and enablement in their small spots and as part of the house party crowds, Anna Kendrick and Sam Rockwell bring a necessary edge as social circle sparks who wear out their welcomes.

The documentary “Meru,” on the other hand, is anything but meandering. It’s driven by a well-chiseled quest for achievement: the goal of topping something that has not been surmounted. The titled arête, known as the Shark’s Fin, is a 20,000-foot peak in the Himalayas. It doesn’t have the apex recognition Everest has, or the lethal notoriety of K2, but it does boast a combination of the challenges and worst conditions the other two have to offer. It takes the central team of Conrad Anker, Renan Ozturk and Jimmy Chin (who co-directs) eight years to make the summit of the finback. In between, there’s one failed attempt, one grotesquely fractured skull and two avalanches. The stories of survival and resilience border on the superhuman and impress, as does the lucid cinematography – a combination of in-the-action, GoPro footage and breathtaking peakscape sweeps. 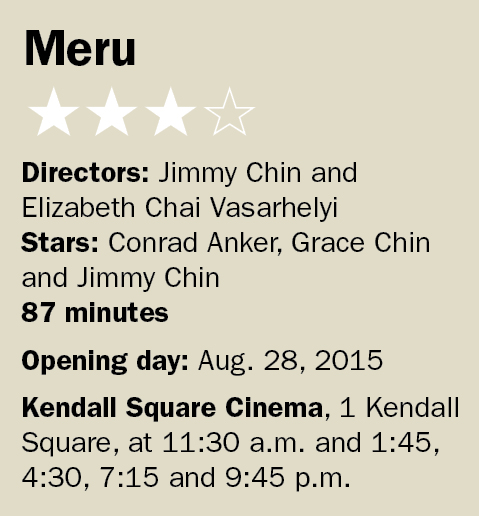 “Meru” begins with the team camping in a hanging tent pod swinging perilously from a sheer vertical wall face. It’s enough to educe a twinge of queasiness even in the most fortified. The stakes are clearly high, but the journey of getting there and overcoming setbacks is even more of a triumph – especially Anker, marrying the wife of his former climbing partner who tragically perished, and adopting their three children. “Into Thin Air” author Jon Krakauer provides the commentary and context, though it doesn’t take expert commentary to know that these guys are a breed apart, living a lifestyle outside the ordinary that is not real or sustainable, much like the wisps drifting through “Digging for Fire.”