Listen to this: The Wrong Shapes’ ‘Gasoline Can’ 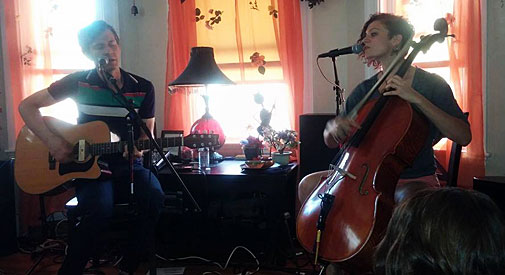 Listen to this: The Wrong Shapes’ ‘Gasoline Can’

The Wrong Shapes – Bo and Rachel Barringer – released “Gasoline Can” in May as the third single off their latest album, but there have been previous versions. Bo Barringer said the song was written some 14 or 15 years ago under the influence of Sonic Youth’s 1995 album, “Washing Machine,” a mash-up of sounds from the album he particularly liked, resulting in a tune that just clicked. But with its raunchy, noir story-telling, “Gasoline Can” also sounds like it’s in conversation with another band that was in its heyday in 1995: Cambridge’s own Morphine, with its “low rock” sound.

For best the best audio quality, “Gasoline Can” is on Bandcamp here. There’s even more music here. And the band’s Facebook page is here.