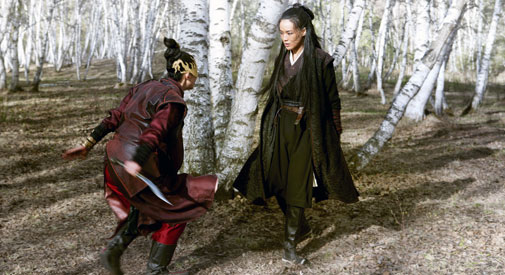 Wuxia films (traditionally, Chinese films with fantastical martial arts mixed with melodrama), when done well, have a mastery of drama and action that make them thrilling and engaging theater-going experiences, and “The Assassin” has everything going for it that should make it a must-see film. But it’s a drag, striking a contemplative, meandering pace that does little to capture an audience’s interest. 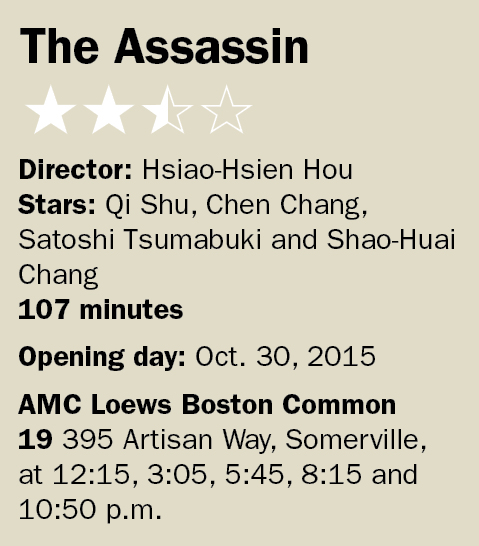 Set in ninth-century China, assassin in training Nie Yinniang (Qi Shu) is asked by her master to go back to her home, from which she’d been exiled years before, to take the life of her former betrothed, Tian Ji’an (Chen Chang). Her master believes she is strong and skilled, unmatched in swordsmanship, but her heart remains soft, and the only way to toughen Yinniang’s resolve is to have her perform a kill of someone for whom she’s cared deeply.

It’s hard to classify this as an “action” film, with so many of its larger set pieces having little to no movement. It’s a reflective film, based on a character who in most stories would be a harbinger of violence. But the action here is often brief, refusing to be drawn out as it would in other Wuxia films. It’s not a dialogue heavy film, either. It’s a film that’s keen on showcasing evocative scenery, on making sure we’re deeply rooted in this world even if we’re never connecting with the characters.

More than anything, “The Assassin” hinges on its director’s eye, and Hsiao-Hsien Hou has created a film that pushes boundaries in terms of sheer aesthetics. It has some of the most stunning visuals you will see this year in film. Each frame, from the opening black and white intro to the fight sequence between Yinniang and her target atop his palace’s rooftops – and an image at the end as Yinniang’s master stands on the side of the mountains as fog rolls in like a wave, engulfing the two characters – is full of wonder and beauty. The director sees the beauty in nature, in the color and the vibrancy of sun-kissed fields and costumed people crossing the landscape. It’s little surprise to know Hou was honored with the Best Director prize at this year’s Cannes. It’s just a shame a film so full of visceral imagery is so lackluster in terms of emotional substance. There is never any real sense of urgency, even in life-and-death matters, and while Qi Shu is a striking presence as the would-be assassin, she is never given any depth that would make her a character worth becoming invested in.

That scenery is nearly enough to forgive the slow pace. Mark Lee Ping Bin does excellent work as the cinematographer, and Lim Giong’s foreboding score works nicely alongside the often tranquil images. With a thin storyline and hollow characters, the mood of the film is everything in this case, proving that sometimes simply seeing familiar images in an otherworldly manner is enough. Hou hasn’t created the best film of the year, and it doesn’t possess any story elements that will keep audiences thinking after they’ve left the theaters, but his images will stick. Visually it is one of the most dazzlingly shot films I’ve ever seen.

“The Assassin” played Wednesday at the IFF Fall Focus film festival at The Brattle Theatre in Harvard Square.