‘Trumbo’: Scribe refusing to name names meant carrying on by adopting others 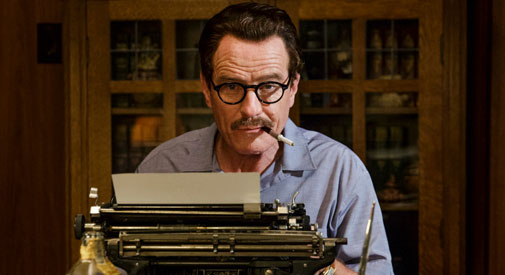 ‘Trumbo’: Scribe refusing to name names meant carrying on by adopting others

Back during the Red Scare and Cold War years, Hollywood relegated many talented filmmakers and artists to the blacklist, making them untouchable and unhirable through the naming of names by people themselves worried they’d be called out as Communists and become unable to keep working. Elia Kazan, the director of such classics as “On the Waterfront” and “East of Eden” was one Hollywoodite who appeared as a witness before the House Un-American Activities Committee and prospered. But Dalton Trumbo, then the highest-paid screenwriter in Tinseltown, was served up by his friends but refused to roll over on others. Equipped with a cunning wit, he preserved and prospered behind the scenes, spinning the excess and hypocrisy of Hollywood into a small fortune. 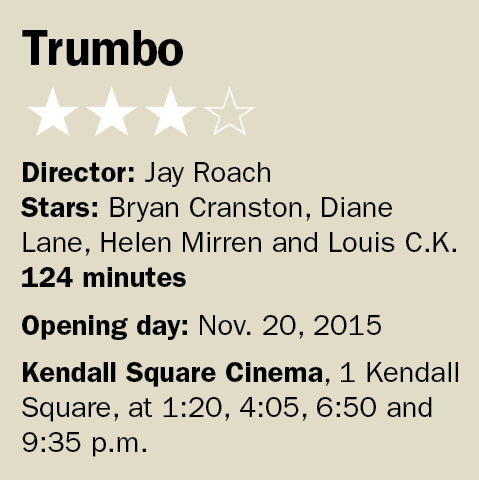 “Trumbo,” based on the book by Bruce Cook, shows the screenwriter’s triumphs and tribulations while on the “list.” It’s a snarky look at a period when right-wing fear mongering – akin to today’s strong immigration/terrorism rhetoric – reigned supreme and liberalism was equated with Communism and anti-American sentiment. The film, directed by Jay Roach of “Meet the Parents” and “Austin Powers” fame, plays light and fast, a benefit to something that could have been a somber slog, but it also lacks breadth. The focus of the film centers on the newly blacklisted Trumbo, his outlandish shenanigans (he wrote “Exodus,” “Roman Holiday” and “Spartacus” behind the scenes, using pen names) and the state of paranoia and complacency sweeping the country.

Roach gets a huge lift from Bryan Cranston as the affable but conniving scribe, who becomes name-drop fodder after taking a defiant freedom of speech stance in the face of blacklisting. As Walter White in the wildly popular AMC series “Breaking Bad,” Cranston, even while engaging in criminal activity, always possessed an avuncular tenderness, and that essence radiates here, coupled with quirky and witty charm. It’s a disarming performance in search of a meaty vehicle, but satiating nonetheless.

In the end, I’m not sure Roach and writer John McNamara get the historical perspective right. It feels like you need a bit of a Google search now and then to anchor it, but in there pinning it all together handily is Cranston, who carries the film as effortlessly as Trumbo cranked out scripts for schlock projects.