‘The Danish Girl’: In tale of transgender pioneer, weep for what could have been 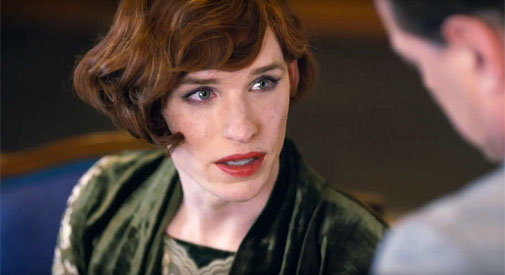 ‘The Danish Girl’: In tale of transgender pioneer, weep for what could have been

I can’t recall a film in recent memory where characters have shed as many tears as those in Tom Hooper’s latest, “The Danish Girl.” Starring Eddie Redmayne and Alicia Vikander, the film is about Lili Elbe (Redmayne), one of the first documented recipients of sex reassignment surgery. The film masks itself as a love story between Lili and Gerda Wegener (Vikander) as she comes to terms with her husband’s coming out as a transgender woman. A weepy film with hardly a frame where either Gerda or Lili isn’t tearfully explaining their feelings, it’s a strong enough showcase for both actors, even if Gerda is underwritten. With each decision the characters make so thoroughly documented that there is little surprise in anything that happens, a clichéd third act and dull direction throughout, it’s hard not to think “what might have been” if an innovative director had been at the helm. 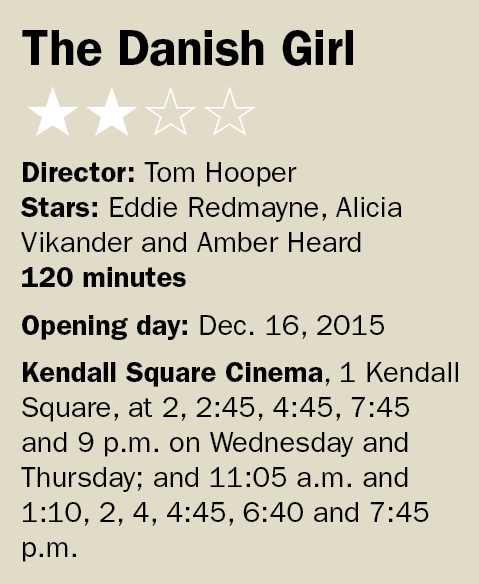 There was a lot of discussion before the film’s release over the fact Lili was going to be played by a cisgender male, and I agree with the complaints; it would have been more significant if the producers found a transgender actress for the role. Looking at the film without the outside politics, though, Redmayne on paper seems like an obvious choice after his Oscar-winning turn in “The Theory of Everything” – the difference being that while Redmayne’s mimicry worked wonders as Stephen Hawking, it comes off as near mockery at times as Lili. Redmayne adopts the idea of what women’s physicality should be like, playing Lili with demure smiles, head down, with balletic arm gestures and small, pointed steps. Never does he seem to embody the character; he’s always clearly playing a part.

Which is a shame, because he and Vikander share a palpable chemistry at the start, and there are moments where Redmayne nails the open conflict Lili would be dealing with. Vikander owns her limited role, playing Gerda with a tough-as-nails agency, a woman who doesn’t let societal norms pressure her into any ideology. Matthias Schoenaerts is effective in his role as Lili’s childhood friend, while Ben Whishaw continues his year as being an underused bit player.

Where the film finds success beyond Vikander’s performance (which still doesn’t touch her work in either “Ex Machina” or “Testament of Youth”) is in the composition of the film and cinematography by Danny Cohen, who manages to construct each frame as if it were an Einar painting, lush, haunting and a little sad, but none the less beautiful.

It’s come to the point where it has to be assumed that any film Tom Hooper directs is going to be beautiful, but vapid and hollow. Hooper has a dull vision with interesting subjects to decorate. “The King’s Speech” had two powerhouse performances at the center in Colin Firth and Geoffrey Rush, with lush settings but utterly drab direction. “Les Misérables” benefited from music and an all-star cast as Hooper ran around with his camera, making truly confounding decisions to shoot primarily in tight shots of actors’ faces despite the beautiful and intricate set design. The “Danish Girl” is aesthetically pleasing, from Vikander’s pretty crying to the vibrant and never-ending countryside and the dresses Lili gleefully picks out to wear with shocking red lipstick. It’s nice to look at, but offers very little in the way of substance, preferring to hope that the plight of Lili is tragic and inspiring enough in equal parts to mask the fact that everything we see in The “Danish Girl,” from the heavy-handed dialogue to a score that sounds transported from “Atonement” or “Pride and Prejudice,” is familiar. There is intrigue in Lili’s story, both timely and universal, and there’s an undeniable power to her fight to feel peace within herself in a body that for so long felt foreign – but it alone isn’t enough to make a successful film.