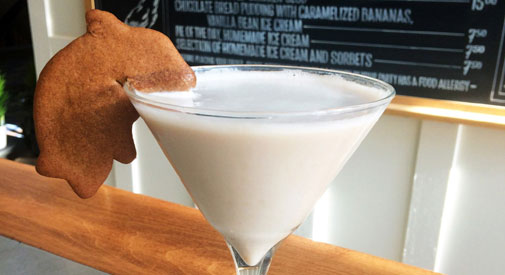 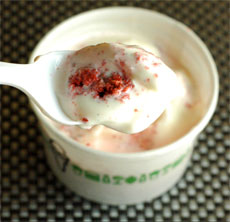 The eighth annual Chocolate Festival is this weekend in Harvard Square, including its free Chocolate Tasting Event (from 1 to 2 p.m. Saturday on Brattle Plaza), but the fact is much of this three-day extravaganza feels pretty perfunctory. Ten percent off chocolate at Harvard Book Store? Meh. Fifteen percent off purchases at Hidden Sweets with a valid Massachusetts college ID? Age discrimination – and unimpressive. On the website of the sponsoring Harvard Square Business Association, the stealth Dunkin’ Donuts called the Eliot Street Café literally just listed its existing chocolate products (“a variety of chocolate donuts including frosted, glazed, sticks …”). Thanks.

And what about Shake Shack? In honor of Chocolate Festival, it will be offering Red Velvet custard. Hey, Shake Shack – that’s not even chocolate.

So let’s note some Harvard Square businesses that are actually making an effort for the festival. 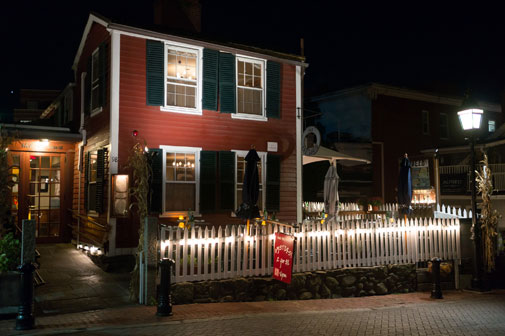 Top honors must go to The Red House, the lobster-loving Winthrop Street restaurant that is rolling out an entire chocolate-themed menu for the weekend, including an appetizer(!) of chocolate-covered bacon skewer with almonds and cherries for $9; cocoa-rubbed short ribs of beef braised with mild Oaxacan cocoa and mixed chilies and served with white chocolate mashed potatoes for $17 or $27; and drinks such as The Peanut Butter Cup, made of Reese’s-infused Stoli Vanilla with Frangelico and Bailey’s, served on the rocks with a chocolate drizzle for $9. Oh, and The Red House has desserts, although they’ll seem largely beside the point by the end of the meal. 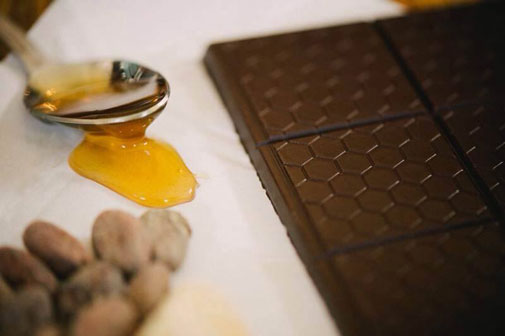 Specialty shops Salt & Olive and Follow the Honey have stuff on hand to prove they’re special – in the case of Salt & Olive, samples of chocolate-infused balsamic from Modena, Italy, that will be paired with fruit; and for Follow the Honey, its own Atchafalaya Basin honey-sweetened chocolate made with Shari & Russ Apotheker of Boston’s Apotheker Kitchen, seen above. 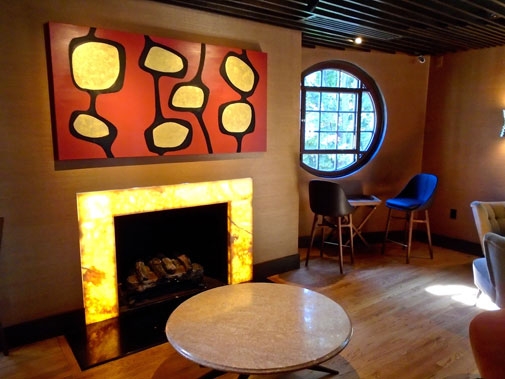 It’s not going to get higher than 50 degrees the whole weekend, so if ever there was a time to binge on hot cocoa, this is it. Start the cocoa crawl at Ben & Jerry’s for its Extra Chocolate Hot Chocolate, made of Chocolate Therapy ice cream steamed with milk and hot fudge, $1 off during the festival, then head to J.P. Licks, where management is matching that dollar-off deal for its own stuff; and while Parsnip (which replaced Upstairs on the Square on Winthrop Street) has no bargains to offer on its adult hot chocolate variations, these – and the Parsnip fireplace, seen above – might be worth it for $12 each. All start with a base of spiced Valhrona hot chocolate and finish with whipped cream, but in between there’s cognac and framboise; Metaxa, Thai chili and nutmeg; or rye, apple brandy, cinnamon, vanilla and orange zest. Grendel’s Den also has hot cocoa. 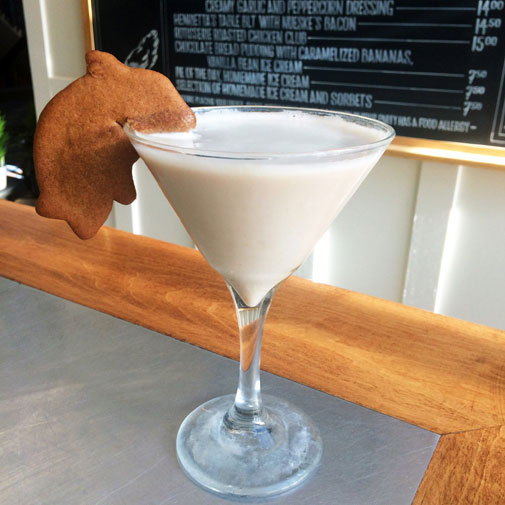 Speaking of Grendel’s, it has a spectacular-sounding Black & White Chocolate Chip Bread Pudding with Bailey’s Cream Sauce dessert for the weekend (and a Boulder Beer Co. Shake Chocolate Porter) downstairs at Winthrop Square, and there are a couple of other special desserts in the Square worth mentions: Russell House Tavern on JFK Street has a chocolate ganache tart with graham cracker crust and kumquat marmalade free with every two entrees ordered, and Henrietta’s Table at The Charles Hotel is playing up its Taza Chocolate brownie parfait with fresh whipped cream and roasted cocoa nibs (and Ginger Mochatini, seen above).

The rest of you guys, get your act together, please. After all, when might we get another chance to pay any attention to chocolate?

Sure, Valentines Day, but that’s like another two weeks.

Information about the three-day Chocolate Festival is here.