Connolly is considering state rep campaign, a rematch for seat held by Toomey in 26th 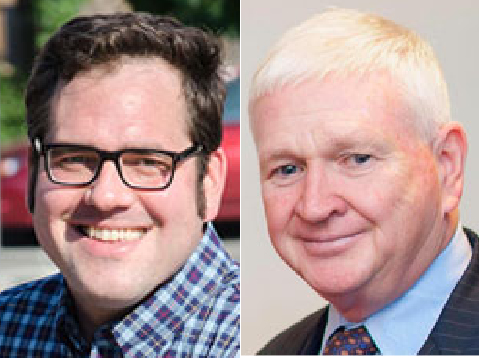 Connolly is considering state rep campaign, a rematch for seat held by Toomey in 26th

Lawyer and citizen activist Mike Connolly has taken steps to run again for the 26th Middlesex District seat in the state House of Representatives, but said he has not decided whether to run, while incumbent in the 26th, state Rep. Tim Toomey, has declared his intentions to seek reelection.

“Today I went to the McCormack Building on Beacon Hill and pulled papers for the Democratic nomination for representative in General Court,” Connolly said Thursday. “Right now, I am focused on talking with voters and engaging my friends and supporters across the district. I look forward to making an announcement about the race later next month.”

The district includes East Somerville and East Cambridge, as well as Area IV/The Port and a part of Mid-Cambridge.

It’s the seat Toomey has held since 1992, concurrent with his position as a Cambridge city councillor since 1989, and would set up Connolly and Toomey for a replay of their 2012 race – a hard-fought three-way race with young Republican Thomas Michael Vasconcelos, of Somerville, when Connolly was an independent candidate running as “No Money” Connolly with a pledge to take no cash campaign donations.

The candidates even had a contentious time setting up debate dates, times and formats, and Toomey ran a forceful defense of his seat. Among the more prosaic back-and-forth of policy debates among candidates, Toomey called on his fellow candidates to release their tax records and criticized Connolly’s employment by a Hewlett-Packard’s Autonomy division, which Toomey felt was morally suspect.

Toomey, asked for comment about the potential rematch, said Friday: “I have always said that everyone has the right to run for office. I will continue to put my name before the voters and allow them to decide whether I have served the community well.”

In announcing his plans to seek reelection, Toomey said he would continue his focus on transportation, housing, education, environmental and social and economic justice issues.

“I hear every day from people in our communities that are facing difficult issues in their daily lives,” Toomey said. “My priorities as a legislator are based off of these conversations. That’s why I continue to fight for a reliable mass transit system, more affordable housing and schools that give every child an opportunity to succeed … I’m honored to serve the people of Somerville and Cambridge, and I have shown that I can make their voices heard as a part of the political process on Beacon Hill.”

Connolly ran for City Council in November, winning 818 of 17,854 ballots’ No. 1 votes in the city’s ranked proportional representation form of elections. It placed him 13th out of 22 council candidates.