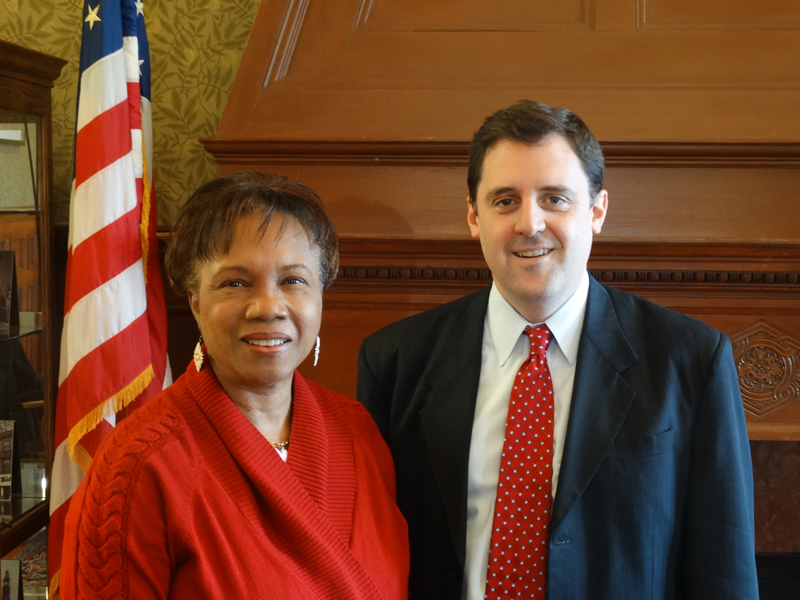 “Jay Livingstone is my choice for state senate, and I am proud to endorse him. Jay has demonstrated strong progressive leadership as a state representative serving Cambridge in the Legislature. From being a lead sponsor of legislation that will ensure that men and women earn equal pay for equal work to his tireless support for improvements to Magazine Beach, Jay has the experience to deliver for this diverse Senate district,” Simmons said.

The special election to be held April 12 will decide the next person to represent the First Suffolk and Middlesex District, which includes parts of Cambridge, Beacon Hill, East Boston, the North End, Revere and Winthrop. Petruccelli, a Democrat who lives in East Boston, was elected to the House in 1999 and moved to the Senate in 2007. He announced his resignation Dec. 4 to join the law firm Kearney, Donovan & McGee.

“I’m honored to have Mayor Simmons and her eight colleagues on the Cambridge City Council supporting my campaign for State Senate,” Livingstone said. “As a state representative, I am proud to have worked closely with my colleagues in Cambridge on a wide range of issues impacting Cambridge. We are running a true districtwide campaign, and I look forward to working on behalf of residents in every corner of the district.”

Livingstone has received endorsements from elected officials throughout the district in recent weeks, including Boston city councilor Josh Zakim, Winthrop town councilor Rich Boyajian, former Revere city councilor John Correggio and Middlesex County District Attorney Marian Ryan. He has had successful events in Boston, Cambridge, Revere and Winthrop and has built a strong campaign team in each part of the district and reportedly leads the field of candidates in campaign fundraising.

Livingstone represents the 8th Suffolk District, which includes parts of Boston and Cambridge, in the Massachusetts House of Representatives. Livingstone grew up in a working family in North Attleboro and worked as a union member at a cardboard box factory while attending college. He put himself through law school and later served as an assistant district attorney for Middlesex County. Since serving in the legislature, Livingstone has established a proven record of success. At the statewide level, he has secured more funding for early education and drug treatment and has worked to advance gun safety.

Livingstone has also been an advocate for workers, helping to pass increases in the minimum wage and a Domestic Workers’ Bill of Rights. In the current legislative session, he has filed an equal-pay bill to address the gender wage gap in Massachusetts, and a “healthy kids” bill that aims to take a comprehensive approach to ensure that children in the state are housed, well-fed and healthy, and thus equipped to succeed in school.

Livingstone is a graduate of the University of Connecticut and George Washington School of Law. Livingstone and his wife Julie live in Boston with their newborn son, Henry.