‘Angry Birds’: Movie of the game you played on your phone seven years ago, just in time 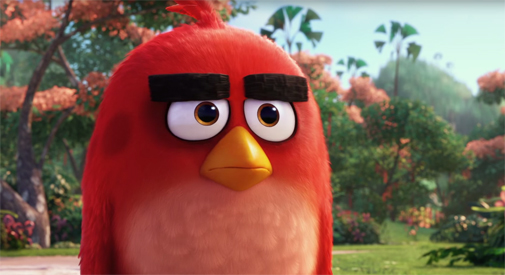 ‘Angry Birds’: Movie of the game you played on your phone seven years ago, just in time

It’s been in the works for years – perhaps too many. The game, once the hottest thing you could have on your iDevice, has become the “Asteroids” of the now. (In short, irrelevant.) That and logic aside, here it comes, just what we all needed, the “Angry Birds” in their very own movie. 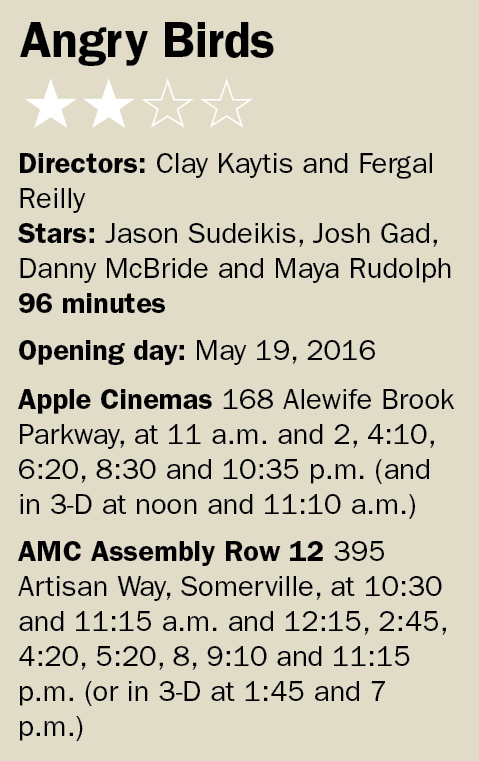 If you haven’t experienced the game, wasting away the hours by mindlessly launching flightless birds beak-first at roly-poly laughing green pigs in rickety fortresses, consider yourself lucky. Even if you got caught up in the craze, you probably had no idea why the birds couldn’t fly. The bigger-screen animation, in which flightless avians live on a remote island in a bird-only community, never really answers the question either, but we do gain insight into Red (Jason Sudeikis), the stout ostensible cardinal with Groucho Marx eyebrows and anger issues. The sassy bird, we learn, was an orphan. As a result of his intolerable behavior, Red lands in an anger management school led by a yogini who farts sparkling radiation that can take out a few houses. She’s not the only one with odd talents; there’s a pudgy grouse called Bomb (Danny McBride), who can level a treehouse with his flatulence if riled. It brings a whole new meaning to “Birdie, birdie, in the sky.”

None of this, or the legend of Peter Dinklage’s Mighty Eagle character, really matters much. For his misdoings Red’s essentially cast out of the village and sulks in a pretty swank seaside villa until a tricked-out Mayflower leaden with green pigs drops anchor – right on Red’s digs. They’ve got technology, a devious leader (Bill Hader) and a yen for eggs. The pigs pilfer the eggs and make off across the sea, leaving behind a humongous slingshot.

The path of misfits becoming heroes and shameless acquiescence by leaders – letting invaders into their midst when the veiled guise is so obvious – serve more as plot points than provide real meaning. The risks of false idols and the importance of relying on yourself may be the biggest takeaways, but overall the film’s a long play of a video game barely propped up by plot and stock personalities. Dinklage, Sean Penn and other celebs lend their voices (there’s even a Judge Peckinpah in there, performed by Keegan-Michael Key), but it’s on the down low, swept under with a feather duster, loaded into a slingshot and lobbed into the theater as a benign, pleasurable waste of 90 minutes. It’s probably far more rewarding that attaining Level 53 in “Angry Birds 3” on your iPhone, though.