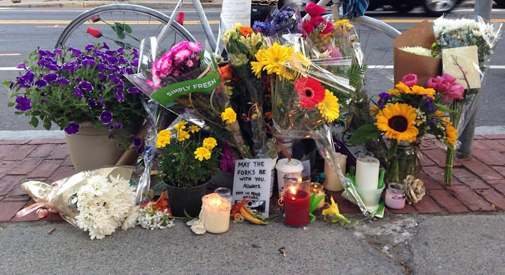 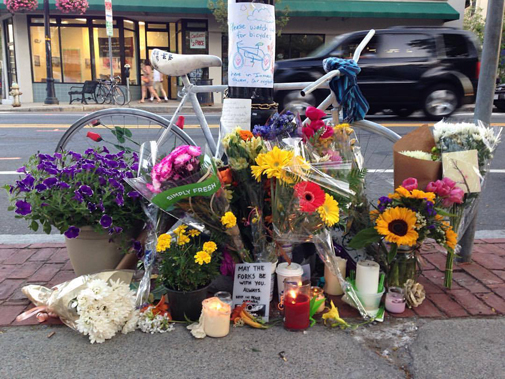 The death of cyclist Amanda Phillips, doored last week in Inman Square, gave me great sorrow, especially in light of what I wrote this month about weak municipal efforts on bike infrastructure. While the details of the accident are still being investigated, the accident was likely avoidable; Inman Square, a five-point joining of thoroughfares (Cambridge, Springfield and Hampshire streets are the biggest) involving two cities (Cambridge and Somerville) is a long-known hub of traffic conflict with inadequate infrastructure, including bike lanes nested in the lethal “dooring zone.”

Currently the city is thinking about how to make Inman Square better and safer for all modes of transportation, as well as turning it into a community gathering point. Normally this would take years to see to fruition. Because of Phillips – just like Boston’s reaction to the death of another Cambridge cyclist, Anita Kurmann, at Massachusetts Avenue and Beacon Street last year – something will happen sooner rather than later. But something should have been done yesterday. These hot spots of peril are well known and flagged, and should have interim measures to prevent such tragedies. Adding the shared-lane markings known as sharrows and signs, or removing a few parking spaces, can be done now and on the cheap.

Lives are at stake, but how many more?

The Boston Cyclist Union and family and friends will stage a vigil for Phillips at 7 p.m. Wednesday in Inman Square. See the union’s Facebook event page for details. A GoFundMe campaign to help with the cost of arrangements is here.