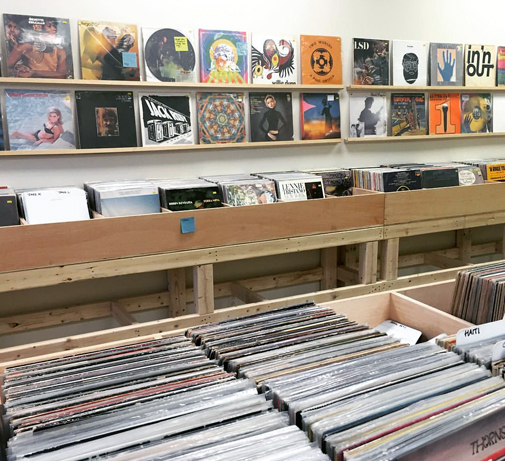 Vinyl continues its resurgence and Cambridge and Somerville keep their claim as home to music snobs as Blue Bag Records prepares to open at noon Saturday on Massachusetts Avenue, at least the area’s seventh spot where aficionados can spend hours flipping through old 33s, 45s and 78s. 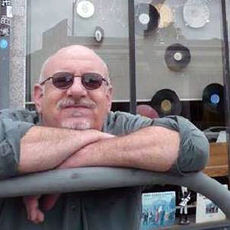 Blue Bag Records, specializing in original reggae and ska but not stinting on genres including psychedelic, prog, experimental, rock and jazz (and featuring occasional focuses on everything from Nigerian music to albums of solid Moog), relocated from a hole in the wall opened in 2013 on Los Angeles’ Sunset Boulevard as owner Chris Guttmacher – some locals will remember him as the drummer from the bands Bullet LaVolta and Cul De Sac, though out West he has a “space jam ensemble” called Acme – decided he was “moving back to my hometown of Boston.”

“I realized I really missed the East Coast,” he said, “and I wanted to be closer to my family.”

The Los Angeles store boasted 20,000 used vinyl records and a “huge” dollar section, but much of Guttmacher’s stock was sold off before the move. Now he’s looking to bulk up again, aiming to fill the wood bins he’s been pounding together at 2325 Massachusetts Ave., between Porter Square and the Arlington town line and a five-minute walk south from Davis Square. “If you could mention that we are buying record collections, that would be great,” he said Wednesday.

The photos he posted to announce Blue Bag’s opening generated excitement online – and even some early inquiries as to the provenance of a Clara Rockmore LP spotted in a renovation photo, suggesting he will find his niche. “That wall is a welcome sign in the Boston/Cambridge area,” said a Facebook user identified as Daniel Gorsky, getting a peek at the shop’s interior. “Looking forward to checking out the shop.”

“I’m kind of surprised,” Guttmacher said of the publicity his store’s arrival has received. “I haven’t been super active in getting the word out.”

Cambridge has been a great music and record town back to the 1960s – “the energy is here,” Guttmacher said – and the 1980s may have seen about three times the number of music stores there are now. It’s one reason he’s optimistic about adding to the mix.

“The more the merrier. It’s good to have a lot of stores in the same area, because it works as a magnet,” he said. “Record stores, especially good ones, are destination spots.”

While parking for his store is better than it was in Los Angeles and Davis Square is only five minutes’ walk away, “it doesn’t really matter where you are,” he said, “so long are you’re accessible to your people.”

Blue Bag Records is at 2325 Massachusetts Ave., North Cambridge. It will be open initially noon to 8 p.m. Wednesdays through Sundays and can be reached at (617) 864-2583. The grand opening is noon Saturday.