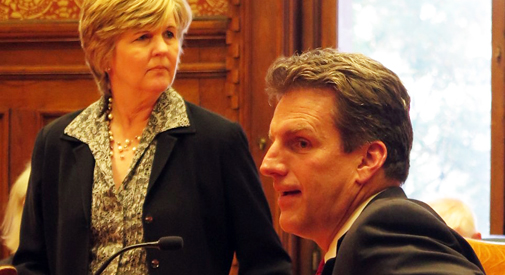 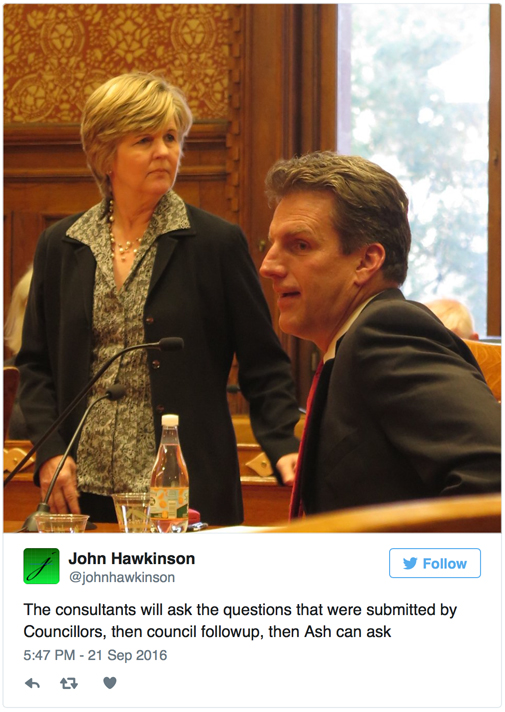 Click above to be taken to a Storify of live tweets from throughout a four-hour city manager candidate forum with the City Council.

Candidates for city manager got their second public forum Wednesday at City Hall – this time hearing questions from city councillors, rather than from members of the public as at Tuesday’s hearing.

In their submitted questions and follow-ups to candidates Louis A. DePasquale, the city’s assistant city manager for fiscal affairs since 2002; Robert “Jay” Ash Jr., secretary of the Executive Office of Housing and Economic Development for the state; and Paul J. Fetherston, currently assistant city manager in Asheville, N.C., councillors went beyond questions on economic development and income inequality to delve deeper into the relationship the City Manager’s Office has with the council and members of the public: What’s the best way to deal with a municipal department lagging in public service? Should reports to the council from city staff include “editorializing”? How does city government best use – or not – input from its many accomplished residents?

The council returns to vote on the next city manager at a 5:30 p.m. Sept. 29 special meeting at at City Hall, 795 Massachusetts Ave., Central Square.