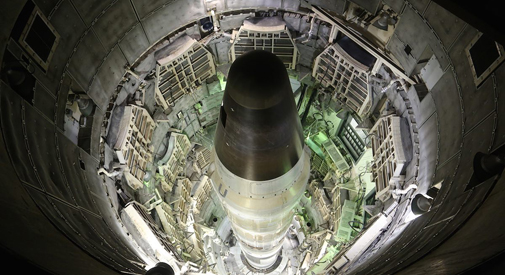 Robert Kenner, who brought to light the unseemly underbelly of the food industry with “Food Inc.” (2008) and has since become one of cinema’s foremost journalistic documentarians, revisits the 1980 “broken arrow” incident at a Damascus, Ark., missile complex, where a nonnuclear explosion fanned fears about the military’s ability to keep the country safe on its own soil. The source for his “Command and Control” comes from Eric Schlosser’s 2013 best-selling account; for good measure, the reflective author appears in the film as the voice of reason and historical perspective. 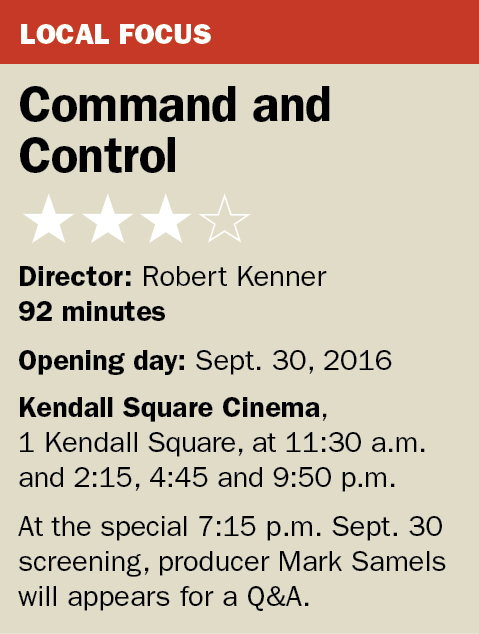 Back in 1980, when the Iron Curtain seemed impregnable and the Cold War raged toward its unforeseen conclusion, the United States was still in the throes of building out its nuclear arsenals. By one expert’s estimation it would take only about 200 nukes to wipe out all of humankind – yet at the time the country had more than 3,000 warheads tucked away in silos across Middle America, the Great Plains and other remote flatlands where, if a catastrophe occurred, it would cause relatively minimal damage to sparse nearby populations. The event at the epicenter of the film hangs on a routine task performed by a 19-year-old air crew member that goes horribly awry. Given the volatile nature of nukes, it’s not inconceivable or shocking that such a small something could morph into a near-nuclear disaster with greater ramifications than the collective bombings of Hiroshima and Nagasaki – times a few hundred. The poor Johnny on the spot, Dave Powell, a member of the Propellant Transfer Team tasked with maintaining the delicate balance of fuel and oxidizer levels on Titan II missiles (if not maintained properly, the rocket fuel could detonate just from being inert), made the fateful decision to use a ratchet wrench instead of a torque wrench on the day in question when executing a procedural checklist on one of the missiles. The three-pound ratchet head accidentally came off and fell 70 feet down the silo shaft, puncturing the fuel chamber and triggering an unstable and toxic situation.

Kenner, to deliver it all with high intrigue, weaves together archival footage of the young PTS crew in their spacesuit outfits and intersperses it with the Powell of today taking us through the unfortunate sequence, second by second, and a recurring, dramatized nightmare sequence of the ratchet head falling slow-motion down the shaft, clanking away perilously with each reverberating strike. Kenner is masterful in his use of imagery – so much so that like “Man on Wire,” which beat out “Food Inc.” for an Oscar, you can’t tell what’s real footage and what’s dramatized. It creates a seamless yet disconcerting effect, especially at the moment of the rocket fuel explosion when Kenner slows everything down, heightened by the endless rewind, testimonies of those young PTS members who ran back in to save their mates and Mark Adler’s ominous score.

Among the interesting side notes: Less than 50 miles away, as the evacuation procedures begin, Gov. Bill Clinton was host to then-Vice President Walter Mondale on the reelection campaign trail. The aftermath of the accident, however, becomes the most telling and moving part of the film as the young PTS crew are kept away from the media by Strategic Air Command while in the hospital and even rebuked despite many of their actions saving lives. “To err is human, to forgive is not SAC policy,” one insider notes flatly.

“Command and Control” ultimately becomes a cautionary redux that, like Peter Berg’s recent real-life dramatization of “Deepwater Horizon” gets brewed with masterful suspense – even though we know how it all turns out – while palpably mining the human stories and selfless heroics of the little guys caught up in something bigger. With the war on terrorism in the fore and the Cold War in the rearview, we tend to forget that the world has more than 15,000 nukes online, and the statistical probability of a nuclear accident increases every moment. Humankind has been lucky so far, which “Command and Control” makes poignantly clear.