‘Queen of Katwe’: From streets of Uganda to squares of chess board, a powerful win 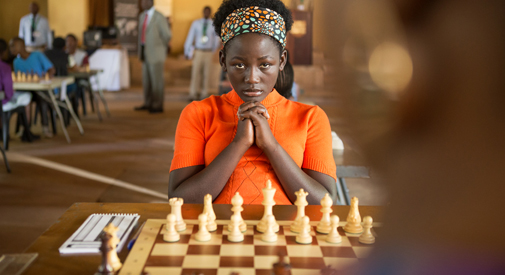 ‘Queen of Katwe’: From streets of Uganda to squares of chess board, a powerful win

Oranges, reds and yellows bombard the screen in Mira Nair’s latest personal voyage, “Queen of Katwe” – the true story of Phiona (Madina Nalwanga), a chess prodigy from Uganda who overcomes adversity to become a master. Nair’s film tackles the classic underdog story with a fresh edge. Rather than just contemplating winning and losing, “Queen of Katwe” talks about what happens when a person is given a new perspective on the world, or a newfound success, and feels let down by what comes after. 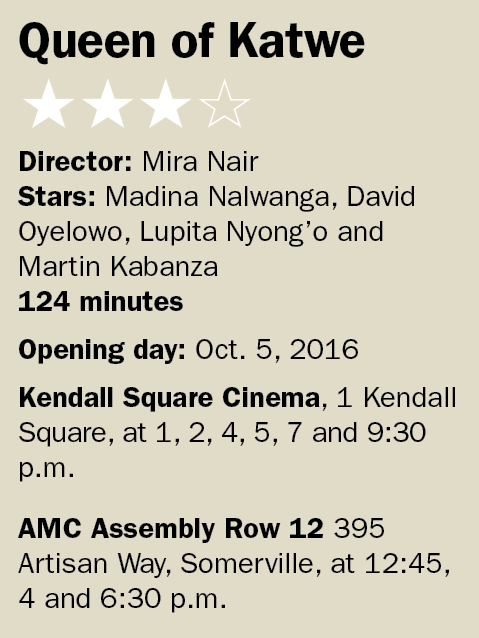 Nair is an immersive director (as seen in past efforts “The Namesake” and “Monsoon Wedding”) who brings to life environment as well as character, breathing authenticity into the proceedings. In this case, Katwe, Uganda, plays as important a role as the young Phiona, who she says herself that where she grew up turned her into a fighter. It’s that sense of determination and the forced ability to look for solutions when there appears to be none that leads her to greatness.

The director also succeeds in making chess – a naturally inert game – appear riveting. She displays the intellect and strategy that goes into each move, filming with a kinetic energy befitting a film about football. Rather than try to appeal to one niche audience, she’s instead managed to create a film for mass appeal; it’s one for the chess masters, the family-drama lovers and for little girls who are seeking a new role model.

Phiona arrives a passive character who watches and learns, rather than partakes in her own journey. It takes a great deal of success for her to even feel she’s deserving of the rewards she earns. Nalwanga is a superb new talent who lights up the screen with every smile, and her inner wisdom imbues Phiona with a sense of being older than her years.

David Oyelowo is more than convincing as Phinoa’s coach, Robert, instilling in the character a sense of lingering grief and why he wants to give the disadvantaged a greater chance at happiness, even greatness. Lupita Nyong’o, in her first live-action role since her Oscar-winning performance in “12 Years a Slave,” offers up a fiercely protective Nakku, Phiona’s mother. We are frustrated when she can’t wrap her head around her daughter’s dreams, but moved to tears when she will do anything to make those dreams – though foreign to her – come true. Nyong’o and Oyelowo, exuding charisma and grace, are only two of the moving parts in Nair’s film that make a fully pleasing whole, but without them the film would have suffered.

In the midst of the game, as Phiona moves each piece, “Queen of Katwe” has an unshakeable confidence, but it stumbles when it leaves the playing field and steps into the streets of Katwe. The film loses itself in the last half-hour after a big turning point, and the script scrambles to refocus. Luckily, the cinematography is so dynamic and the colors of the village so vibrantly caught, and Nair’s vision of giving Phiona and her home a voice so winning, that the narrative slump can be forgiven if not forgotten entirely by the film’s end.

Beautifully rendered and rich with talent, “Queen of Katwe” might not make the greatest dent in the box office, and may be forgotten by year’s end for flashier, timelier fare, but it’s a quiet and sturdy installment to Nair’s impressive filmography and an under-the-radar delight for 2016.