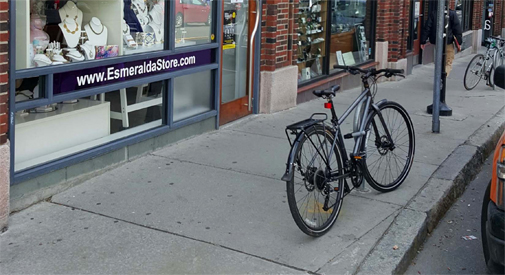 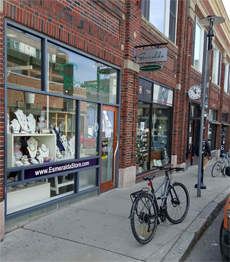 A business’ request for a sidewalk sandwich board is to come with an illustrative sketch, but this application made it to the City Council for a vote without one.

Voters who don’t believe in the power of government have handed control of the presidency and U.S. Senate and House to people intent on sabotaging the government they run – but at least we still have local officials to show how to get things done, right?

Well, yes and no. Cantabrigians will always be able to point to the Dec. 3 fire in the Wellington-Harrington neighborhood as proof there’s value in the services funded by taxpayers. Fire departments responded with alacrity and competence, extinguishing the blaze with brilliant coordination, and the same can be said of the agencies and civil servants meant to shepherd services and funds to the displaced.

Maybe Cambridge is better in an emergency, though.

Because the mind reels to think of a certain set of tasks city staff and vendors flub from year to year, inevitably raising the questions: How can we be so efficient and good at some things and so terribly incompetent at others, and for so long?

This isn’t even about issues such as transportation infrastructure or affordable housing updates that bump along from term to term, despite their urgency, though it could be. No, what’s wondered here is even more basic, and not even about policy so much as simple processes. By example, here’s a pair of things municipal government can do to help itself, if only by proving it can handle the problems that recur year after year.

Resolve city audiovisual issues, once and for all: The city began renovations on the City Council’s Sullivan Chamber to improve audio and video quality in the summer of 2014, and while it was startling enough to encounter problems a year later, it is downright astonishing to arrive in 2017 with no guarantee a given meeting will be seen and heard without flaw – even in person within the chamber, let alone via Internet streaming. (Renovations were originally supposed to have been complete by the fall of 2014.) The pricey work was also to include closed-captioning for the hearing-impaired who watch meetings on television or online, but this part of the contract has never been achieved.

Give councillors the information they need, and in a useful format: How many years have councillors been uncertain how to vote on curb cuts and requests for business signs because the materials provided them are fuzzy, muddy black-and-white drawings given out of scale without proper context, or even missing entirely? It’s time for all council materials to be presented in high-quality and color – at least online – and with the data councillors need to make the smart calls residents and business owners rely on. (And, of course, to be presented far enough ahead of a meeting for good analysis, which isn’t always the case.)