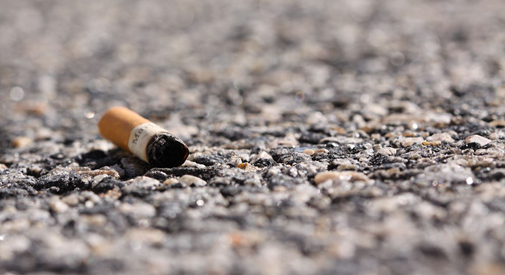 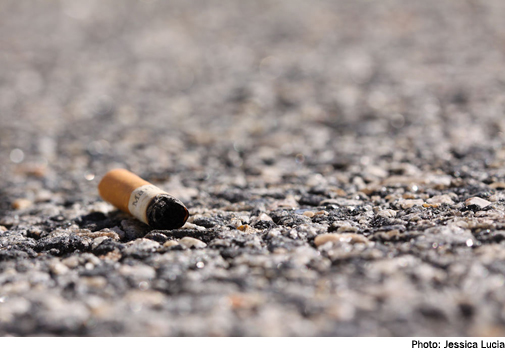 With the agonizing, years-long crawl toward changes in Central Square as background, it was a balm to hear city councillors talk Monday about how quickly they might get cigarette butt receptacles placed where smokers tend to drop them most, including Longfellow Park.

The talk didn’t start on an encouraging note – vice mayor Marc McGovern’s order was in traditional, careful language seeking “to determine the feasibility of starting a pilot program” for proper disposal of cigarette butts. It seemed to go further in the wrong direction when councillor Nadeem Mazen noted that in his work with the city of Boston about its own receptacles, prices per unit could hit at least hundreds of dollars.

Then something wonderful happened: Councillors at this first meeting of the new year spoke firmly in favor of just, well, getting it done, starting with Mazen urging the city to go in a simple, cost-effective direction and not “reinvent the wheel,” and McGovern saying he was already there – basically looking to “steal” Salem’s inexpensive approach to the problem and apply it in Cambridge.

Other cities have already innovated and tested plenty of useful ideas, McGovern said. “I would hope that the city would look at places that are already doing it … I hope this isn’t something that takes two years for us to have four studies on. It’s really just to do this around bus stops and key areas and see how it works.”

Councillor Jan Devereux went even further. “I’m kind of confused what we’re talking about. It seems like we don’t really need to pilot them,” she said, “and we can probably order them on Amazon.” (Councillor Craig Kelley found some for about $34.)

After years of seeing the city drag out processes from the big (Central Square improvements) to the medium (a plastic bag ordinance) to the absurdly small (a simple bridge over railroad tracks in Alewife), it’s refreshing to see the council in a mode of not overthinking things, especially when following other communities nationwide.

Who knows? Maybe councillors are newly inspired by citizens such as Matt Cloyd, who set up a crowdfunding page in October to install bike safety measures the city was slow to act on despite the deaths of two local bicyclists.

Now the council just has to achieve a better result than the last thing it did quickly: Get scammed by Google and the developer Boston Properties.