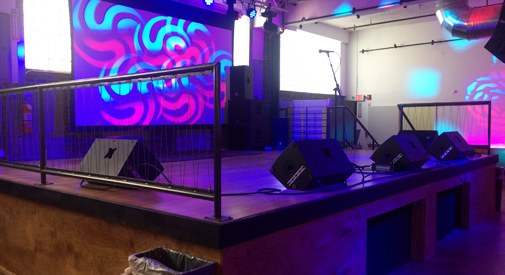 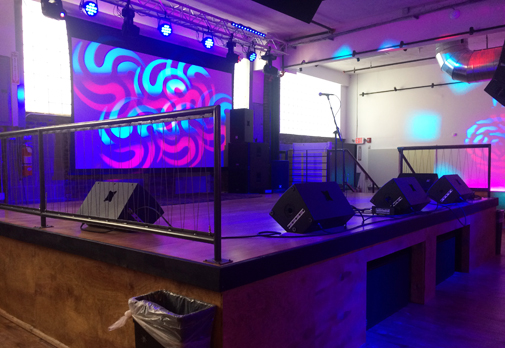 Prominent at Sonia is the club’s relocated stage, a 22-by-16-foot platform that juts far out onto a handsome paneled floor, allowing audience on three sides. (Photos: Marc Levy) 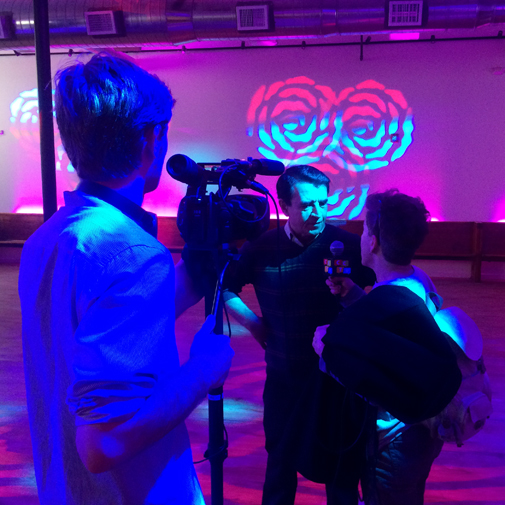 Sonia, at 10 Brookline St. – site of the independently owned T.T. The Bear’s Place until its closing in 2015 – becomes the fifth stage in the Middle East restaurant and nightclub complex at 472-480 Massachusetts Ave. after the existing upstairs, downstairs, Corner Cafe and Zuzu’s spaces owned by Nabil and Joseph Sater. (It is named after their sister, Sonia Sater.)

The club holds 350 people total, with 320 tickets on sale during performances, adding to the capacity at T.T.’s by halving its bar space and eliminating two pool tables. With the bar moved to the back of the roon, the room’s most prominent feature is its relocated stage, a 22-by-16-foot platform that juts far out onto a handsome paneled floor, allowing audience on three sides. There’s a raised, VIP-style seating area at the back and a small platform overlooking the floor that can be used by DJs, Joseph Sater said.

The club will be open as needed, with manager Ned Wellbery estimating it will start at three days a week. The Saters have said that in addition to hosting bands and DJ nights, it will also hold community events and private functions, including weddings – and two are already booked.

T.T.’s operated at the location for 43 years, until a surge in rent that followed the Saters’ purchase of the property for $7.1 million in December 2014. That brought accompanying sudden, gargantuan mortgage payments, leading to pressure on the business that was suddenly a tenant. “They had upped the rent $3,000. I was already paying $8,500,” T.T.’s owner Bonney Bouley has said. “If you did the figures, you couldn’t fit enough people in there to pay the lease, what with all the other payments” such as liquor and utilities.

But Sonia has advantages T.T.’s did not, including that the Saters can add food and non-alcoholic drinks from the connected kitchen and combined utility expenses. Also, there’s no alcohol at Sonia until Bouley can sell the pouring license associated with the 10 Brookline St. address. While she holds it, the address is blocked from drink sales – what’s called a “pocket license.”

“We will get a license eventually,” Joseph Sater said. “We’re going to make the best of it.”

After T.T.’s closed July 25, 2015, the Saters announced Sonia the next September and has been building since, adding sophisticated light and sound systems as well as going through city permitting processes for everything from construction to food. Architecture by Irene Ferri included a bar made of recovered doors from the Saters’ Center for Arts at the Armory in Somerville, and the entryway is a collage of pop icons painted by artist Erica Femino.

The final touch were the awnings over the ticket booth windows added on Brookline Street during renovations.