‘The Lost City of Z’: Heading into the jungle, explorer became lost to history, like his goal 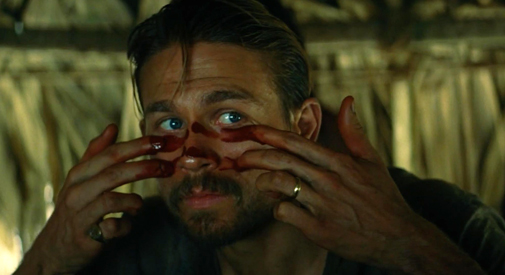 ‘The Lost City of Z’: Heading into the jungle, explorer became lost to history, like his goal

James Gray, who started out directing gritty New York-rooted crime dramas (“Little Odessa,” “The Yards” and “We Own the Night”) before branching out into matters of the heart (“Two Lovers”) and a “Godfather”-esque epic of sorts (“The Immigrant”), heads up river and into uncharted water with “The Lost City of Z,” a rewind of real-life adventurer Percy Fawcett’s trips to the Amazon in the early 1900s, when he claimed to have found the seeds of an advanced culture that may have predated western civilization. 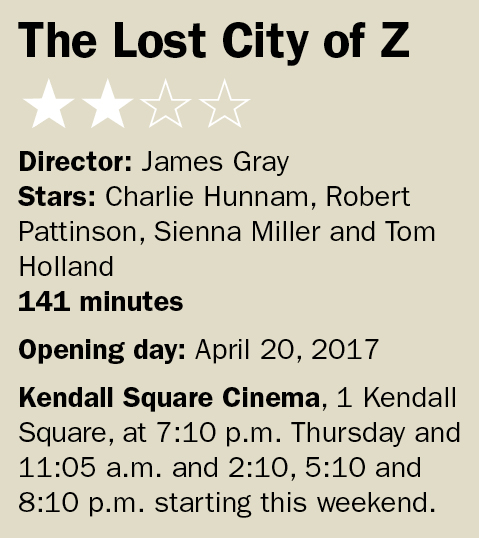 As Gray’s account (based on David Grann’s factually disputed novel) has it, Fawcett (Charlie Hunnam from “Sons of Anarchy”), a British military officer with a calm demeanor but a chip on his shoulder because he felt passed over for assignments, reluctantly accepts a fluff mission from the Royal Geographical Society to map Amazonia as part of a larger effort to protect Britain’s rubber tree interests. His first mission, fraught with cannibals, piranhas and tropical ailments such as a face-eating flesh disease and gangrene, set off in 1906. Years later, upon return to Britannia, Fawcett is greeted by jeers of blasphemy for claiming traces of intelligent civilization in a jungle full of “savages.”

The trip obviously set something off in Fawcett, who becomes inexhaustibly determined to find “Z” – which many believe to be a fragment of the similarly elusive ancient kingdom, El Dorado. All in all, according to Grann, Fawcett would make eight trips to the Amazon, the last being in 1925 when he and his son (played by Tom Holland, who has newly taken over the webs of Spider-Man in the Marvel movie franchises) would disappear. Gray wisely pares down the octet of sojourns to three and in between stages some impressive World War I trench warfare, reenacting Fawcett’s short tenure as an artillery commander in Flanders. Waiting at home through all these ordeals is Fawcett’s loyal wife Nina (the lovely Sienna Miller), who tends to an ever-growing family without much protest. I’m not sure I’ve seen a more supportive life partner on screen.

The strength of “Z” lies in the bond Fawcett forges with his loyal aide, Henry Costin (Robert Pattinson) as they head repeatedly into the unknown with the promise of discovery and self revelation ever ripe. Such was the driving force behind “Aguirre, the Wrath of God” (1972) and “Apocalypse Now” (1979), but here, that current gets lost in the muddy roils of posture and pretense. The film, full of intent and admirable in so many ways, never delves into the darkness of Fawcett’s soul; equally as unsatisfactory, it fails to conjecture about his fate.  Cray and Crann have painted a handsome, humane portrait of Fawcett,  who by other accounts something of a controversial figure, accused of being a showman to garner funding and attention with claims of spotting strange beasts never before sighted and accomplishing improbable feats – including alleging that he shot a 62-foot anaconda. In the end “Z” becomes an entertaining travelogue of minor character in history that unfortunately turns back just as the water gets choppy.