Proposed city budget impresses at $605M, but challenges are spotted down the road 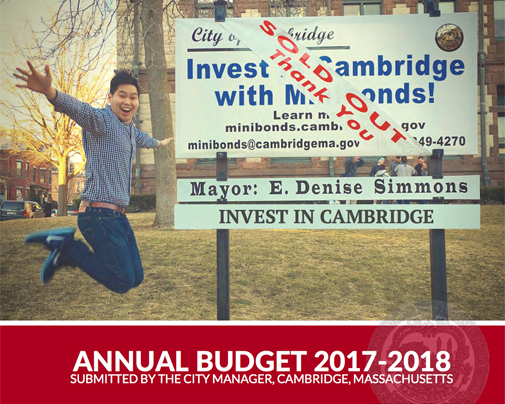 Proposed city budget impresses at $605M, but challenges are spotted down the road

The capital budget of another $124.8 million gets look by council too
By Marc Levy

An operating budget of $605 million and capital budget of another $124.8 million arrived before city councillors Monday, getting a short introduction before a series of May meetings where line items can be explored in depth before a mid-May final vote.

The operating budget is $28.6 million more than the previous year, an increase of 4.97 percent, and is expected to raise the property levy roughly proportionately. While the levy is pegged at 5.99 percent in the submitted budget, it changes in the fall as more numbers firm up, and is expected to drop by a percentage – and because the city is again committing to put in $14.2 million, mainly from free cash, to soften the blow to property owners from an increase of $22.3 million over the previous year. All told, the total property tax levy supporting the city’s operating and capital budgets will be $395 million. (For the seventh consecutive year, property owners will again see no increase in the water rate, but there will be a 7.7 percent increase in the sewer rate.)

In numbers that might stagger officials in other communities, the $124.8 million capital budget of projects ranging from bus arrival displays ($150,000) to school construction ($60 million) doesn’t include a five-year bonding schedule that sees the city juggling about $340 million in debt without breaking a sweat. The current figure includes ongoing water and sewer separation, street renovations and school construction; looking ahead includes a new Tobin School and Vassal Lane Upper School, the third of the city’s massive school construction projects.

“We have to keep [debt] in mind,” said Louis A. DePasquale, Cambridge’s longtime finance guru now guiding his first budget as city manager. “I think we’ve developed a five-year plan that addresses our long-term planning and stability. Obviously our Aaa credit ratings are something I take very seriously, and we just have to keep an eye on that situation. What are we going to do around bonding? It’s a conversation that’s coming up soon.”

“We’re in the best financial position we’ve ever been in,” DePasquale said. “But we have to recognize that federal and state reductions are out there. We’re in a position to handle them, but one of the reasons we’re in this position is because we’ve really paid attention to our fund balances.”

Education remains the biggest chunk of money in the operating budget: $183 million, or 30.3 percent of the total, but DePasquale outlined several other significant proposed expenses, including adding 27 full-time positions. One big addition is to the Community Development Department, which has been called out repeatedly in recent years as an overburdened office forced to deprioritize certain City Council projects into obscurity. Now it will have five more employees, including a deputy director, contract planner, project planner, business analyst and urban designer.

The finance team made an effort to reflect the goals of the city, DePasquale said, outlining some of the standout budget items for the year drawn from early meetings with the council and members of the community.

“The one thing we’ve heard over and over is the importance of affordable housing,” DePasquale said. While the city has incentive and inclusionary zoning to apply when developers come to town with projects, and Community Preservation Act percentages (paid for with city property taxes and matching state money) are always maxed out on creating or preserving affordable housing, in this budget the city is proposing something new.

“We’ve not put one penny of tax support or general fund revenue into affordable housing [in the past]. At the time that was, without question, the appropriate decision to make,” he said. Now, as the city is looking at many units’ affordable period expiring and Community Preservation Act money from the state dropping to another record low, “we really need to address the fact that we have a problem.”

As a result, roughly 20 percent of building permit revenue will now go to affordable housing annually – about $2.8 million, he said. “This will be a good start. In the future we’ll be coming up with a building permit increase, which will help increase the revenue dramatically.”

The blighted Vail Court apartment buildings near Central Square, seized under eminent domain laws, will become affordable housing, and DePasquale said he expects to ask for demolition money from free cash before the end of this year. He also teased a request from free cash in “the near future” to fund a recommendation for the empty Foundry building in East Cambridge that “I think everyone will be excited about.”

The city will launch weekly pickup of recycling from small businesses and add four Public Works employees in anticipation of expanding a compost program citywide from only 5,200 households. And $4 million will come from the parking fund to fix chaotic – and deadly – traffic patterns in Inman Square, putting the total for that project at $6 million.

A $133,000 expenditure will create a Commission on Immigrant Rights & Citizenship and hire an outreach specialist for immigrants, including the undocumented, needing guidance.

The proposed budget also sets aside $250,000 for a homeless warming center to open before winter; the location has not been identified. It’s for temporary safety from the cold and to direct homeless people toward longer-term resources, but is not a homeless shelter itself, said vice mayor Marc McGovern, a social worker and chairman of the council’s Finance Committee.

“The warming center is a fabulous idea, but we all know we need a daytime center for the homeless,” councillor Dennis Carlone said. “I know we won’t talk about it now, but I hope that’s in the offing.”

It was school enrollment increases that were on DePasquale’s mind. The proposed budget is already adding three community school program directors to address growth resulting from increased enrollment, a total expense of $216,852. Enrollment is up 3 percent this year and is projected to go up 5 percent in each of the next few years. “We must address the fact that population is growing,” he said.

McGovern sounded a familiar note in expressing wonder and appreciation of Cambridge’s position.

“What we do here just doesn’t happen other places. When you look even at Boston, last year they cut $50 million from their public school budget. We just increased our public school budget for the 10th year in a row, roughly; we’re adding positions; we see a crisis national about the way undocumented folks are being treated and what do we do? We add a position to help. We have the resources to do that. We had some homeless deaths this winter from folks being outside, so what do we do? We put in money to create a warming center. It just goes on and on and on,” McGovern said. “It’s great management, and we’re able to do these things because of that.”