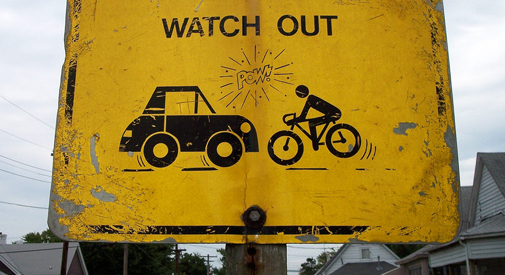 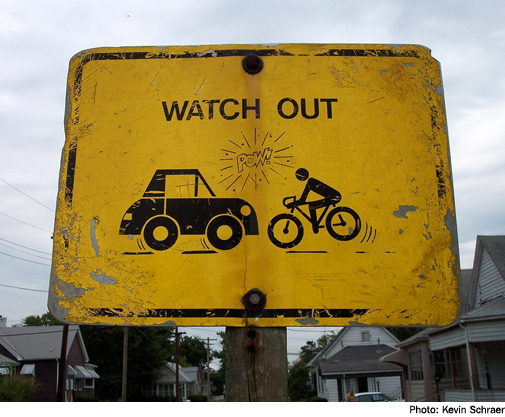 Bike Month is upon us, and big-scale biking infrastructure projects such as the Inman Square redesign and separated bike path along Cambridge Street are in the works. That’s just a start, though. So far this year there have been four cyclist death in Greater Boston, and Cambridge remains marred by the death of Amanda Phillips a year ago, doored in Inman Square, and Joe Lavins, struck by an 18-wheeler in Porter Square last October. Here are nine “low-hanging fruit” suggestions to the city to improve bicycle travel and safety that could be enacted at low or no cost and without altering traffic. Input for these recommendations came from various Cambridge biking communities, such as the Cambridge Bike Safety Group and Cambridge Bikes! forum on Facebook.

Shared-priority bike lanes. Create sharrows and post markers indicating bikes have the right to the full lane on narrow, bidirectional throughways such as: Oxford, Linnaean, Prospect and Sydney streets and the northern stretch of Broadway.

Bike boxes. These marked areas giving bicyclists a safe, visible way to get ahead of queuing traffic during red lights should go at at major intersections along Massachusetts Avenue and at Broadway and Prospect streets.

Counterflow lanes. Put lanes where traffic flows in the opposite direction of the surrounding lanes on Brattle Street (from the old EMS storefront to where it meets Mason Street) and Quincy Street between Cambridge and Broadway.

Make Garden Street a preferred bike route. There were plans to mark Garden Street as a priority bikeway to Fresh Pond and other points north during its repaving from Massachusetts Avenue up to the Taylor Square firehouse starting several years ago, which would provide some degree of traffic calming along a stretch where cars are notoriously speedy. The 2014 CDD Bike Plan calls for such measures. Granted, the final paving of Garden Street north of Walden Street and the Field and Bay State street extensions are still in the works, but markings on lower Garden Street could only help enact calming and safety. Why wait?

Lane flips. It has been suggested that the parking lanes and bike-travel lanes on Huron Avenue could be flipped when it finally gets paved – the project has lingered, frustrating residents and commuters – so bikes would be protected the same as they will be on the separated Cambridge Street bike path. Chauncey and Wendell streets should also see flips of bike path and parking lane.

Flex posts for the Science Center underpass. Add a protective barrier along Broadway and Cambridge Streets as they pass under the Harvard plaza.

More painted bike lanes. These are needed on Irving and Trowbridge streets between Cambridge and Kirkland streets. These will connect the Irving Street advisory bike lane to the high school and library.

What can you do if any of these suggestions resonate with you? File a See, Click, Fix Report and encourage fellow bikers to vote for it. Also, you can reach out to key players in the Department of Traffic and Transportation; Community Development Department; and Department of Public Works.