Peculiar preservation of council decorum, where we hear the rule is ‘no personalities’ 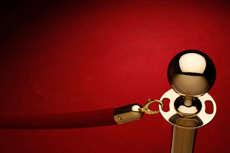 Peculiar preservation of council decorum, where we hear the rule is ‘no personalities’

The oft-shifting rules of decorum for City Council meetings are again getting in the way of citizens making their point publicly to elected officials.

It was just May 8 when Mayor E. Denise Simmons – who has made these rules as much of a fixation as a previous mayor obsessed over having everything said in chambers going distractingly “through” her, even when two city officials were engaged in a dialogue – stared at a specific city councillor while berating him at length over behavior she’d heard about, but not seen, calling it “outrageous” and accusing him of bordering on misogyny and personal attacks. (We’re not being coy: The former mayor with the obsession was Henrietta Davis; the councillor being addressed by Simmons was Nadeem Mazen.)

Simmons seems to believe that if you don’t say a person’s name aloud during a diatribe, dignity has been preserved, which is why she directed a citizen during public comment at Monday’s council meeting to refer to a “previous speaker” instead of use another citizen’s name while saying that speaker had made “many lies” and acted out of a “conflict of interest.” There’s certainly precedent for this fig leaf, as other bodies call for formalities such as “my esteemed colleague” or “the senator from” to be used even as the colleague is accused of, say, incest, murder and cannibalism.

Precedent doesn’t mean something makes sense, though, or even guarantees it works. Staring directly at the person you’re criticizing without saying a name doesn’t change the fact that you’ve chosen to air the issue in public, or that the subject of your accusations is sitting a few feet away. Having people wonder at an identity isn’t the same as not potentially slandering someone, especially if they can figure out whom you’re talking about. Public officials generally have to just take it, and simply not using a name can’t be relied on as a real legal protection anyway; but this isn’t about the law. These are identified as “rules of courtesy.”

Council rules say “all remarks” go to and through the chair and that the rules apply to “all individuals attending a meeting or hearing,” just as Davis wanted, but these rules get applied only to non-officials during public comment. It’s why a speaker was cut off from reminding a councillor Monday of a conversation they had, after which it wasn’t clear that the speaker got back to making her point. If she did, Simmons’ interruption to remind the speaker of the rule obscured it.

In the past, Simmons has used her interpretation of council rules to ensure there be “no negative comments” about councillors – again, a rule that seems more enforced on the public side of council chambers’ velvet rope than on her own – and in the process stopped a request to learn more about a councillor’s trip to the Middle East.

“No personalities,” she said, invoking yet another council rule with her own peculiar spin.

No wonder, then, that at Monday’s meeting, after a “previous speaker” had been stopped from using a councillor’s name, a following speaker paused during her own testimony because she was uncertain whether she was even allowed to talk about her topic, a project proposed to be built in East Cambridge.

“I am opposed to –” she began, before catching herself. “Am I allowed to name the development?”