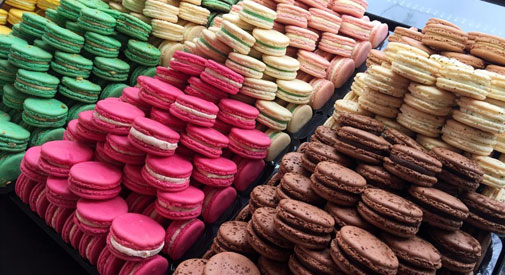 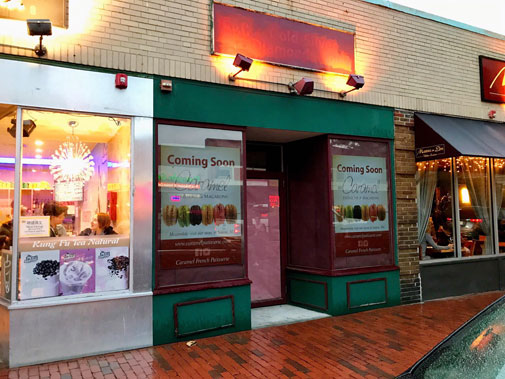 Signs are already up announcing the coming of a French pastry shop to Somerville’s Davis Square. (Photos: Caramel French Patisserie)

And the award for most dramatic reuse of a storefront goes to Caramel French Patisserie of Salem, which says it plans to take over 233 Elm St. in Somerville’s Davis Square, a former pawn shop (“We buy gold”).

“We are still in beginning stages of setting up the new location, so we do not have an opening date,” said Caramel French Patisserie’s owners, the brother and sister team of Dimitri and Sophie Vallier, in a June 7 post on Facebook. The move is an expansion of the business, not a relocation.

Signs went up this weekend promising a patisserie with a focus on macarons, squeezing between a bubble tea shop and a restaurant serving Tibetan and Himalayan food. The pawn shop recently moved down the street to a plaza at 260 Elm St. Whereas the opening of that shop was cited as part of the “degentrification” of Davis Square, news of the patisserie brought excitement online. The Salem location has good reviews and enthusiastic supporters. 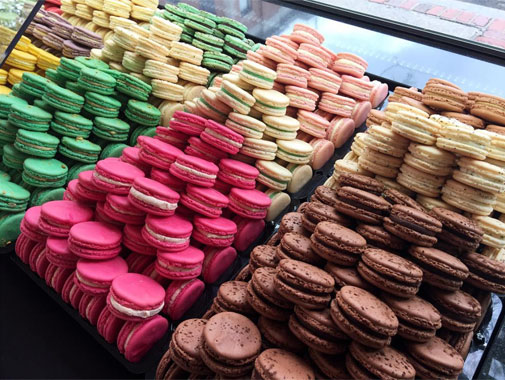 The shop sells more than a half-dozen dessert pastry, from the more familiar tiramisu to a Paris-Brest Eclair, and croissants, the palmier pastry sometimes called “elephant ears,” baguettes and more. Macarons sell for $2.50, six for $14 or a dozen for $26.

The family has been in the patisserie business in France since at least 1931, according to Caramel’s website, and Dimitri Vallier was raised in South Central France and learned “under world-renowned chefs including Paul Bocuse, Gaston Lenôtre and Daniel Boulud.”