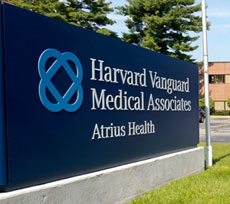 For at least six months this year, hundreds of primary care doctors, including those at Harvard Vanguard Medical Associates’ Cambridge offices, refused to accept new patients covered by conventional Medicare. The doctors have now resumed treating new Medicare patients after hearing “many requests” from those shut out of their services, a spokeswoman said.

The February decision by Atrius Health, a big doctors’ practice that includes Harvard Vanguard and three other physician groups, was an anomaly in a state where close to 80 percent of about 1.1 million Medicare beneficiaries choose original Medicare instead of Medicare HMOs or PPOs.

Medicare is the federal program that covers many, but not all, health care costs for people 65 and older and younger people with disabilities. Most Medicare members opt to be covered by the original program, which allows enrollees to see any physician and use any hospital that agrees to be in Medicare.

In contrast, government agencies as well as private health insurers have been moving toward “managed” coverage that limits members to providers in a network and pays doctors a set amount per patient for all services the patient needs instead of paying for each visit as original Medicare does. Experts say this not only reduces costs but improves care by coordinating treatment. Medicare allowed private insurers to sell managed care plans such as HMOs starting with experiments in the 1970s and leading to established “Medicare Advantage” plans in 2003. Since 2006 the number of people selecting that type of coverage has burgeoned nationwide and in Massachusetts, although Medicare Advantage penetration here remains lower than the national average.

Atrius and Harvard Vanguard have been leaders in the move to managed care, and Atrius has allied itself with Tufts Medicare Preferred, a Medicare HMO. Marci Sindell, Atrius’ chief strategy officer and senior vice-president of external affairs, said the company decided to exclude new patients with original Medicare and take those with Tufts because Medicare managed care “supports the coordinated and comprehensive care that is better aligned with how Atrius delivers care.”

After the change, though, “we have had many requests from patients with Medicare who wish to receive care from Atrius Health primary care providers and for whom [Medicare managed care] was not the right product.”

Atrius has reported losses recently. In 2015 the nonprofit company lost $49.4 million on continuing health care operations and $40.9 million on continuing operations overall, according to annual audited financial statements provided to the Attorney General’s office. The 2015 report was the most recent one filed. One factor was a $68.1 million loss from “withdrawn groups and ventures,” the report said. In January 2015 three doctors’ groups on the South Shore and in central Massachusetts dropped out of Atrius because they didn’t want to participate in a reorganization that merged member groups into one entity.

Atrius also lost money in 2016, but expected to break even this year, the Boston Business Journal reported this month. The doctors’ practice eliminated 125 jobs and froze salaries for most of its remaining doctors, according to a May 12 story in the Journal.

Atrius now includes Harvard Vanguard and three other groups. The company says it has 900 doctors and serves 740,000 adults and children in Eastern Massachusetts. Sindell said that its 50,000 Medicare patients include 30,000 in conventional Medicare and 20,000 in Medicare managed care. Currently the only Medicare managed care plan Atrius accepts is Tufts Medicare Preferred, according to its website.

In January, Atrius joined a recently established Medicare program, Next Generation ACO, that rewards doctors who save money for Medicare while meeting quality standards. If medical groups treat patients with original Medicare for less than a benchmark based on conventional Medicare fee-based costs, they can share the savings with the government.

Doctors and hospitals in the program must form an accountable care organization, or ACO, that’s capable of providing and coordinating all aspects of Medicare patients’ care. That’s similar to an insurance company’s HMO network. But, unlike an HMO, Medicare ACOs can’t limit patients’ choice of doctors or hospitals, which makes it difficult to manage their care. Patients with original Medicare are free to see providers outside the ACO, and Medicare’s payment for those services will still be counted when the government compares the cost of treating ACO members to the benchmark.

Generally, Medicare patients who have a relationship with a primary care doctor in the ACO will be included in a Next Generation ACO unless they opt out. Any Medicare patient in the group can ask to join, as well. Aaron Smith, a spokesman for Medicare’s Boston regional office, declined to comment “at this time” on Atrius’ actions and on the general issue of whether  Medicare ACOs can exclude new patients with original Medicare.