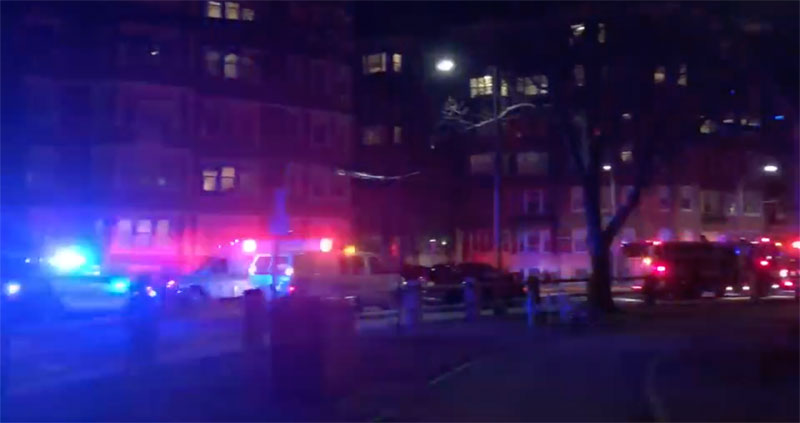 A three-alarm fire at an apartment building at 50 Follen St. drew about a dozen firefighting companies Monday night, fire officials said. The fire at the five-story brick and wood building across from Cambridge Common was reported at 8:30 p.m., with first reports that it had been knocked down coming about an hour later. There was reportedly “heavy fire” on the penthouse level that threatened to ignite the roof.

As of 11 p.m. Monday, fire dispatchers didn’t have confirmation on whether residents of the condominiums were displaced, though the assumption was that the building was “not habitable.” The building has some 100 units, some at more than 1,000 square feet and assessed at upward of a half-million dollars. A cause of the fire wasn’t known late Monday.

Video is by Tom Meek.